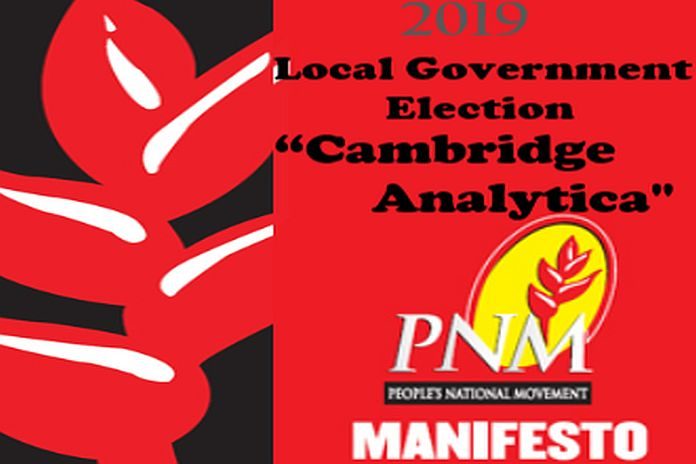 Prime minister Dr Keith Rowley’s Peoples National Movement (PNM) has mastered the art of changing the political conversation with distractions which they have been able to sell to their supporters, many who cannot explain just what are the issues that they are shouting at the top of their voices to support their political masters.

Dr Rowley, aided and abetted by his incompetent and dysfunctional attorney general Faris Al-Rawi and his minister for Just-About-Everything, the very successful failure Stuart Young, have decided that the best distraction to manipulate the political conversation is to resurrect their penchant about Cambridge Analytica and the ‘disgraced and discredited pink-haired, nose-ringed oracle Christopher Wylie, the so-called whistle-blower of data theft who has blown the whistle on his evil actions’.

The main issue on the PNM’s political platform right now is their assertion that the United National Congress (UNC) contracted Cambridge Analytica to use citizens’ personal information in an illegal data-mining exercise in 2013.

The PNM has not been able to provide any evidence of this but seems hellbent on keeping this issue alive to mask their inability to speak about any other issue.

The Dr Rowley-led PNM is now in the final year of its five-year mandate and after spending in excess of $250 billion, this administration has absolutely nothing to show the country as an achievement or deliverable.

From day one, Dr Rowley’s scandal-ridden administration has been dogged by crisis after crisis, scandal after scandal and while it has managed to survive one political disaster after another, Trinidad and Tobago has been plunged into even greater uncertainty with no clear path to resolving its growing socio-economic and political crises.

This incarnation of the PNM headed by Dr Rowley has indeed dredged up ghosts of the party’s past. After 50 months in office, Dr Rowley’s PNM continues to chant the same mantra over and over… “Blame Kamla and the UNC”.

It is indeed hypocritical and insulting to the citizens of the country to hear Dr Rowley say, “the people’s privacy needed to be protected.”

The irony of all this is while the PNM is in overdrive on this issue in the local government election campaign, they are silent on the very detailed and much published endorsements by two American firms, Vestige Strategies and Elite Change Inc, both which have publicly stated they were instrumental and assisted Dr Rowley’s PNM to secure victory in the 2015 general election by designing and executing the comprehensive, nation-wide “Get Out The Vote” efforts which resulted in a PNM victory.

Vestige and Elite have publicly stated on their websites that they built an incredibly talented and diverse team of consultants who proved merging culture and data-driven organizing strategies can be the difference-maker in close elections.

Dr Rowley’s hypocrisy and dishonesty know no bounds. In 2016, he applauded his incompetent attorney general Al-Rawi who boldly declared that citizens have “no right to privacy, as some people alleged exists in this jurisdiction, but which our courts do not recognise.”

Apparently, Dr Rowley, Al-Rawi and Young were not concerned then that “the people’s privacy needed to be protected.”

And perhaps, Dr Rowley, a senior member of the Patrick Manning-led PNM administration, might give consideration as to just how “the people’s privacy needed to be protected” when that administration was found to be using two-state organisations; the Security Intelligence Agency (SIA) and the Special Anti-Crime Unit (SAUTT) to conduct very extensive and illegal, intrusive spying activities by intercepting telephone and electronic mail communications of public and private citizens of Trinidad and Tobago between March 2005 and October 2010.

The PNM’s naked and blatant abuse of its political power included “spying” on the nation’s then head of State, its first citizen, president George Maxwell Richards; former chief Justice Satnarine Sharma; former PC James Philbert; opposition leaders Basdeo Panday and his successor, Kamla Persad-Bissessar; government and opposition politicians; the chief Justice; Judges; trade-unionists; journalists and even some of their children who were all subjected to the SIA’s secret surveillance.

Dr Rowley, as a member of Manning’s Cabinet did not consider that “the people’s privacy needed to be protected” when that Cabinet gave authorization for the upgrading of intercept equipment at a cost of US$3 million (TT$20 million) with the ‘guidance of Israeli technicians and American firm Verint which specialises in interception technology’.

Dr Rowley, Al-Rawi, Young and the rest of the PNM are spouting plenty hype, trying to create new ways to distort, vilify and dramatize non-existent and nonsensical issues to mask their own corruption, mismanagement, and incompetence at governance. 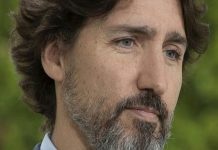 Contributing to our Federation’s survival and progress – Constituency No.2: NextGen...