EMERALD PARK, Saskatchewan–(BUSINESS WIRE)–PRAIRIE LITHIUM CORPORATION (“Prairie Lithium” or the “Company”) acquired three additional wells from a Saskatchewan based Oil Producer that were set to be abandoned due to the wells limited oil production. Although the wells no longer have use for oil production, they do provide Prairie Lithium with the opportunity to access the production and disposal formations required for its lithium operations. 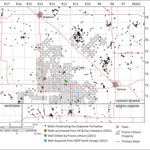 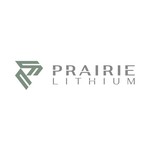 Prairie Lithium’s well field will include production wells, injection wells and pressure monitoring wells. The short-listed wells were then inspected for environmental and regulatory considerations. Of the original well list, Prairie Lithium added three new well locations to their inventory which already included a well they drilled in 2021 and a well they acquired from DEEP Earth Energy Production Corp. in 2021. These agreements highlight the synergies occurring between the emerging lithium and geothermal sectors, and the robust oil industry in Saskatchewan.

Subject to final regulatory approvals, Prairie Lithium is currently procuring the equipment and services required to deepen and test one of the wells acquired through this deal. The plan is to deepen the well an additional 180 meters. After the drilling is completed, the well will be cased then perforated within the zones of interest. A three-day pump test, followed by a four to six-day build-up period will be completed to understand the productivity of the well across the zones of interest. Equally important to lithium concentration is the Duperow Formation’s ability to produce sufficient volumes of lithium-rich brine for long-term development. Approximately 600m3 of lithium-rich brine is intended to be produced to support Prairie Lithium’s ongoing direct lithium extraction testing and research.

Prairie Lithium is a private lithium resource and technology developer situated in the heart of the resource-rich Williston Basin in Saskatchewan, Canada. For more information about the Company, please visit www.prairielithium.ca or contact info@prairielithium.ca.

FORWARD LOOKING STATEMENTS: This press release contains forward-looking statements, within the meaning of applicable securities legislation, concerning Prairie Lithium’s business and affairs. Such statements include, but may not be limited to, those with respect to: (i) Prairie Lithium’s ability to produce both lithium carbonate and lithium hydroxide from the lithium solution extracted using its Lithium Ion Exchange (Plix) technology; (ii) Prairie Lithium’s land holdings containing brine with the expected lithium concentrations; (iii) Prairie Lithium’s anticipated exploration and project development activities; (iv) Prairie Lithium’s continued expertise in brine hydrochemistry and hydrogeology; (v) the potential for the lithium extraction industry in Saskatchewan, a continued stable legal regime governing the industry in Saskatchewan, and continued support from all levels of government; (vi) price of battery grade lithium and future global demand; and (vii) use of proceeds from the private placement.

These statements are based on expectations, and are subject to uncertainty and changes that may cause actual results to differ materially. Although Prairie Lithium believes that expectations represented in such statements are reasonable, there can be no assurance that these expectations will prove correct. Since forward-looking statements address future events and conditions, they involve inherent risks and uncertainties. Actual results could differ from those anticipated due to a number of factors and risks. These include, but are not limited to, risks associated with the lithium industry in general, operational risks in relation to the Company’s activities, the uncertainty of estimates and projections relating to production, health, safety and environmental risks, constraint in the availability of services, commodity price and exchange rate fluctuations, changes in legislation impacting the lithium battery industry and uncertainties resulting from potential delays or changes in plans with respect to exploration or development projects or capital expenditures.

All of the forward-looking statements made in this press release are qualified by these cautionary statements. Readers are cautioned not to place undue reliance on such forward-looking statements. This information is provided as of the date of this press release, and Prairie Lithium assumes no obligation to update or revise them to reflect new events or circumstances, except as may be required under applicable securities legislation.

Pathway to transparency and trust for CBI investors with Bayat Group

IMF reaches staff-level agreement with Barbados for RST program, with an...

Eutelsat Signs up to French #StOpE Initiative Against Everyday Sexism in...