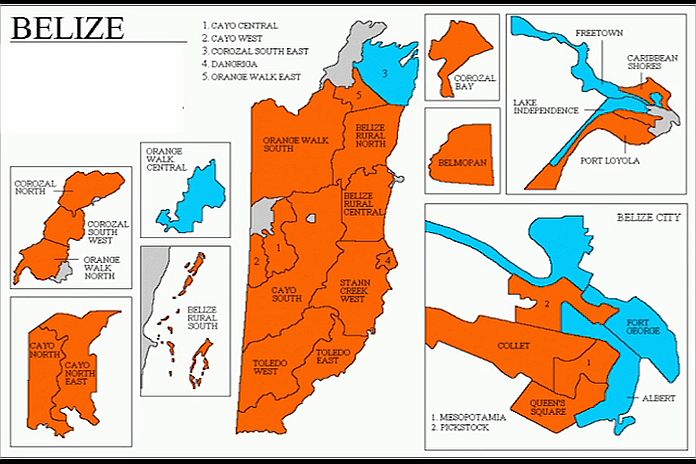 The United Democratic Party (UDP) and the People’s United Party (PUP) are both in agreement to keep the constituencies in Belize city intact. This is despite the fact that some of these constituencies, do not have the required registered voters. This makes it easier for the prime minister of Belize to be a resident of the City instead of a citizen from another district. If the court was to grant the injunction on the general election scheduled for Wednesday, November 11 2020, a Redistricting Commission will have to be established, with the interested stakeholders, interest groups and all the registered political parties to resolve this matter.

They will also have to agree on a median number as to what qualifies a constituency in the country of Belize. Based on the current registration lists, it looks more like three or four thousand registered voters. With those numbers, small constituencies like Forte George in Belize City will have to be merged with another constituency to meet the requirement.

This is the second article written by Jerry A. Enriquez on this issue, and I do not know, if he is aware that the UDP and the PUP have seemingly been transferring voters who do not live in a constituency, into the other constituencies with low numbers in Belize City to qualify them.

There are other illegal transfers taking place in the other parts of the country by both of these parties, just for them to get the votes to win the election and gain power. Belize election laws only allow transfers for voters who have changed their addresses for the place where they were residing to their new residences.

For citizens to change residencies while living somewhere else because they are being paid, just to vote for a political party is unlawful. My biggest concern is, not only the ‘criminal aspect’ of the PUP and UDP desperation to gain and maintain power but the continued neglect of both of these political parties, to add,  and justifiably grant more seats to the Stann Creek and Toledo Districts where a majority of our Garifuna people reside.

This is gross neglect by these two political parties. It clearly demonstrates that they both, do not care about our people in the south and many of our people are still supporting them.

In fact, the National Garifuna Council (NGC) and the other Garifuna organizations, should join with the Belize Peace Movement with this case. Instead, they have been allying themselves with PUP and UDP, who have been disenfranchising our people for all these years.

The PUP and UDP, have given additional seats to all the districts since the 1950s except the Stann Creek and Toledo Districts. Both of these districts still only have two seats each despite the increase in their populations. This issue will remain an important issue whether they proceed to have general elections or not. For the UDP and PUP to insist and having this upcoming election, it violates the constitution, and it will further complicate the matter.

A lawsuit can be brought subsequently by the stakeholders, interest groups and the other political parties to void the election if it is held. That will lead to residencies verification of addresses, realignment of current constituencies, new registration of voters and a legitimate general election that meets our constitutional requirements.

I hereby applaud Enriquez and the Amandala newspaper, for their continued efforts to make our people conscious and aware of the wrong that is being done to them by these two political parties and the abuse of power in violating our constitution. 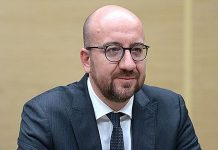 In support of the Lebanese people