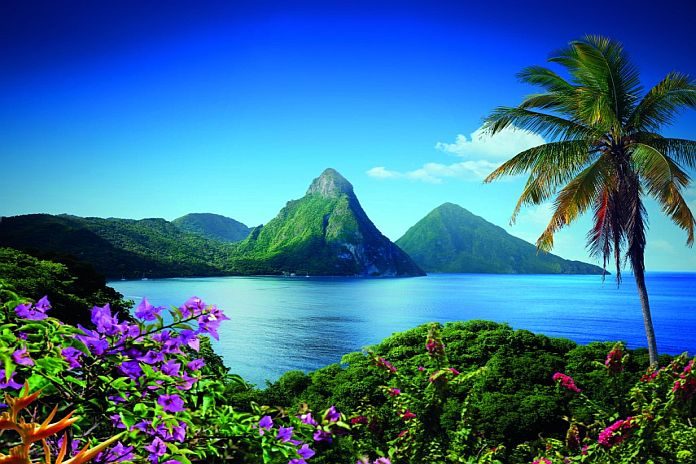 CASTRIES, St Lucia — The latest performance report for Saint Lucia is in and the record-breaking streak in visitor arrivals to the acclaimed destination continues, according to the Saint Lucia Tourism Authority (SLTA), adding “the island can now boast seven out of the eight months thus far have recorded unprecedented growth in visitor arrivals”.

Tourism minister Dominic Fedee, said: “This sustained growth trajectory is a clear indication that our carefully crafted and well-targeted programs, policies, and signature entertainment events are resonating and are gaining traction with consumers in the region and international marketplace.”

“As we commence the 2019 winter season and more and more of those initiatives continue to bear fruit, we have no doubt the robust growth will continue,” Fedee added. “Year to date, two key markets are trending upwards, led by the UK market with an eleven percent growth in arrivals and the US with nine percent.

Canada and France are the only two markets to be trending downwards however, with both markets dropping less than five percent below the figure recorded for the eight months last year.

Meanwhile, Jamaica’s tourism minister Edmund Bartlett has indicated that Jamaica welcomed 700,000 more visitors over the last three years, is set to earn US$3.7 billion by the end of the year, which represents an almost doubling of foreign exchange over the same period.

“The growth in our arrivals and earnings is underpinned by strategic targets set in my 5x5x5 plan. In 2016, our target was to bring five million visitors and earn US$5 billion by 2021, now we are already at 4.5 million visitors of the $5 million and US$3.7 billion of that, USD$5 billion in earnings.”

Forecasted growth in stopover arrivals for September to December is 7 percent or 807,796, while earnings from the full year of stopover arrivals are estimated at US$3.49 billion or a 12 percent increase over 2018.

Stopover and cruise arrivals combined; the island is expected to welcome 4.303 million visitors by the end of the year.

“Based on these figures, tourism has become the leading contributor to the growth in GDP in Jamaica. We recognize also that with this growth, comes an even greater responsibility to ensure safety, security and seamlessness in the destination and we remain committed to keeping our enviable record of visitor safety,” minister Bartlett said.

In both scenarios, the mechanisms to leverage economic growth, accelerate transformation and to affirm a regional policy for sustainability are not being reshaped beyond a recital of statistics, more in line with an airdrome operation.