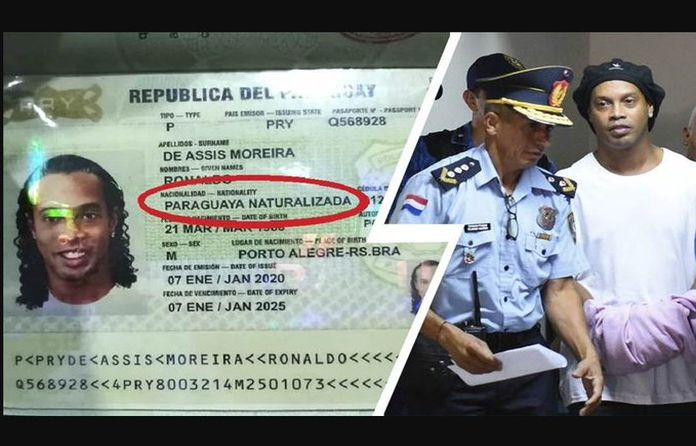 This announcement came within days after the player and his brother Roberto de Assis Moreira made a plea bargain agreement with Paraguayan investigators.

According to the plea terms, the former soccer player must pay a US$90,000 fine and report to a federal judge in Brazil every three months over the next two years.

Roberto, who must pay a US$110,000 fine, will not be allowed to leave Brazil in two years.

Last March, the former Barcelona, AC Milan, and Paris Saint-Germain player arrived in Paraguay with his brother to participate in an event in support of disadvantaged children.

However, they were immediately taken into police custody accused of entering the country in possession of false passports. As of today, Ronaldinho denies having any knowledge the passports were fake.

The brothers spent a month in jail before paying a US$1.6 million bail and being released to house arrest in a hotel in Asuncion.

Since the moment of their arrest, the investigation has expanded into a case of possible money laundering.