President Donald Trump is correct in withdrawing from the intermediate-range missile treaty with Russia enacted 30 years ago because Russia broke the treaty with its missile development.

As a former Navy enlisted and officer (Penn State 1963, NROTC) I am concerned with the Chinese missiles designed to thwart the capabilities of our aircraft carriers because the anti-ship missiles can be launched beyond the range of our carrier-based aircraft. This places us at a disadvantage countering Chinese threats in the Far East.

Previous US administrations were negligent when they supported the treaty. Now we are initiating a huge effort to rebuild our intermediate missile forces.

Note: In July 2019 the United States and Israel carried out successful tests of the Israeli Arrow-3 ballistic missile defense system at a base in Alaska. Ostensibly, the test was conducted by Israel in Alaska due to space considerations in Israel. 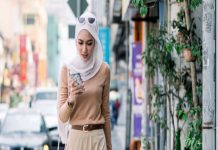 Open letter to everyone working in the provision of essential banking...