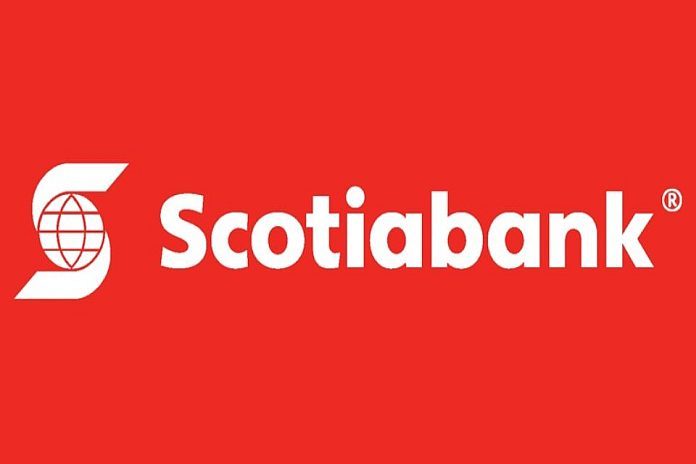 TORONTO, Canada – Scotiabank has been named the Canadian Bank of the Year for 2019 by The Banker magazine, a Financial Times publication. The award highlights those banks that have achieved industry-wide excellence within the banking community.

“We are very pleased to be named this year’s Bank of the Year in Canada by The Banker,” said Brian Porter, president and chief executive officer of Scotiabank. “This award is a recognition of the many efforts we have undertaken in recent years to position our Bank for a strong future in Canada, and in each of our key markets and businesses.”

Over the past several years, Scotiabank has successfully repositioned itself through a series of strategic acquisitions and divestitures, both in Canada and in core international markets, to focus the Bank’s footprint and strengthen its business mix. This work has allowed Scotiabank to add new customers, grow earnings, achieve greater scale across its key markets and reduce operational risk.

This year’s award acknowledges the Bank’s investments in digital and technology to deliver innovative solutions that elevate the customer experience. Earlier this year, Scotiabank launched a new mobile banking app for Canadian customers, leveraging actual user feedback to deliver an improved overall experience. The Scotia mobile banking app is now the top-rated financial app in Canada on both the Apple Store and on Google Play. The Bank’s investments are also making a difference in key customer touchpoints like onboarding in our Canadian retail and commercial businesses.

The award also recognizes Scotiabank’s leadership in executing an ambitious digital strategy enabled by PLATO, an innovative cloud development platform that is accelerating the Bank’s technology transformation. PLATO is an integrated set of technical products that enable Scotiabank to develop cloud-based applications faster, accelerating the time-to-market for personalized digital innovations that are transforming the customer experience.

Scotiabank’s commitment to environmental, social, and governance topics through its sustainable business strategy is also reflected. The Bank believes that its long-term success is interwoven with the world around it. Just this month, Scotiabank announced that it will mobilize $100 billion by 2025 to reduce the impacts of climate change.

Scotiabank received the award at a ceremony held last night in London, United Kingdom. The Bank also took home wins for its businesses in The Bahamas and in Trinidad & Tobago.

“Due to increasing regulatory complexity and the need for continued investment in technology to support our regulatory requirements, we made the decision to focus the bank’s efforts on those markets with significant scale in which we can make the greatest difference for our customers,” said Ignacio Deschamps, the head of international banking at Scotiabank, in a release.

The View from Europe: Thinking creatively about the uncertain end of the...