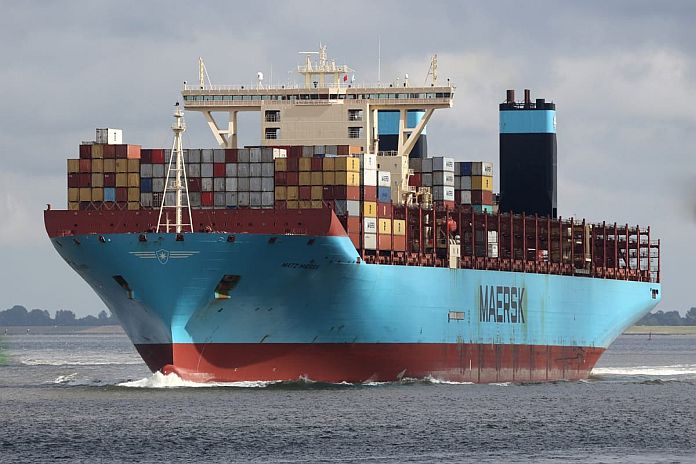 In fact, Maersk said it is now working at full capacity and can’t yet see a peak in freight rates that have already been propelled to record highs by a surge in pandemic consumer spending, Bloomberg reported.

“All the ships that can sail are out at sea and all the containers that can hold cargo are in use,” said Vincent Clerc, head of the ocean transport division at Copenhagen-based Maersk. Clerc added at a Wednesday briefing that the situation “hinges on when the economies reopen and when consumer patterns return to their previous state,” Bloomberg reported.

He said rates will probably peak at some point during the first half of the year. Maersk and other container lines have seen a surge in freight rates due to limited capacity and a big increase in demand for goods amid lockdowns, Bloomberg said.

The pandemic economy has recently meant there is a shortage of containers along with congestion at some ports. Thus, carriers have raised their rates.

“We don’t know yet if the third lockdown wave will extend the peak, because people stay at home and shop more on Amazon and Zalando, or if it will shorten it because the economy will be hurt,” Clerc added.

“We hadn’t foreseen just how COVID would be able to change consumer patterns,” he said, adding that acceleration in demand has been the fastest in at least 10 years. “People use a much, much higher portion of their wages on goods.”

Maersk chief executive officer Soren Skou had said at a November news briefing that the second wave of the coronavirus failed to wreak the same degree of havoc and disruption that the first wave did back in the spring, when governments around the world ordered sweeping lockdowns

The company had noted that both freight volume and rates were moving up. The global shipping comeback first became noticeable over the summer, judging from international container shipping volumes.