WASHINGTON, USA – Speaker Nancy Pelosi, on Sunday announced the appointment of Congressman Adam Kinzinger to serve on the Select Committee to Investigate the January 6 attack on the US Capitol.

“On January 6, insurrectionists attempted to overthrow the government during the worst assault on the Capitol since the War of 1812,” said Speaker Nancy Pelosi.  “It is imperative that we get to the truth of that day and ensure that such an attack can never again happen. That is why we established the Select Committee to Investigate the January 6, attack on the US Capitol, which is bipartisan.”

“[Today] I am announcing the appointment of Republican Congressman Adam Kinzinger, an Air Force veteran and Lieutenant Colonel in the Air National Guard, to serve on the Select Committee. He brings great patriotism to the Committee’s mission: to find the facts and protect our Democracy,” continued Speaker Pelosi.

One year into the devastation of the Civil War, president Abraham Lincoln sent a message to Congress, imploring members to join as one to save the union. “Fellow-citizens,” he said. “We cannot escape history. We of this Congress and this administration will be remembered in spite of ourselves. No personal significance, or insignificance, can spare one or another of us. The fiery trial through which we pass will light us down, in honor or dishonor, to the latest generation.”

Six months since the January 6, insurrection, we, too, have such a responsibility, as the Congress and Country face a time of challenge that is no less daunting for the fate of our Democracy. We have the duty, to the Constitution and the Country, to find the truth of the January 6 insurrection and to ensure that such an assault on our Democracy cannot again happen.

Tuesday, the bipartisan Select Committee to Investigate the January 6, attack on the US Capitol will hold its first hearing. Under the leadership of chairman Bennie Thompson, the Committee established the key priority to begin with the testimony of patriots who served and sacrificed on that dark day. To that end, we are honored by the participation on Tuesday of Harry Dunn, Private First Class, US Capitol Police; Aquilino Gonell, Sergeant, US Capitol Police; Michael Fanone, Officer, Metropolitan Police Department; and Daniel Hodges, Officer, Metropolitan Police Department. Each is a hero, and each will bring powerful testimony about the truth of the day.

Now, our imperative must be to find the truth. We must do so in a way that retains the trust of the American people in the proceedings, so that they will have confidence in the truth that emerges.  And we must do so, recognizing that, as Lincoln said, “we cannot escape history.” 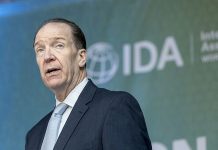