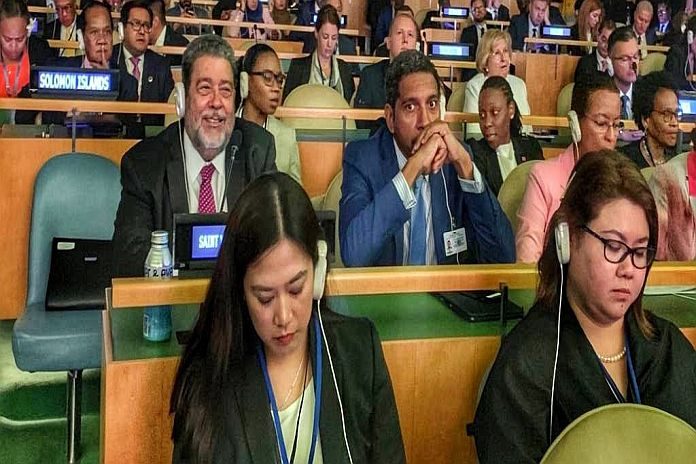 On Monday, prime minister Dr Ralph Gonsalves addressed a high-level meeting on universal health coverage and attended the climate action summit and the ALBA-TCP political council meeting where he presented the political declaration.

There were also bilateral meetings with high-level representatives from several countries including the prime minister of Ireland, Leo Varadkar, the president of the State of Palestine Mahmoud Abbas, the vice president of Cote d’Ivoire, Daniel Kablan Duncan and the foreign minister of the United Arab Emirates, Sheikh Abdullah bin Zayed Al Nahyan. 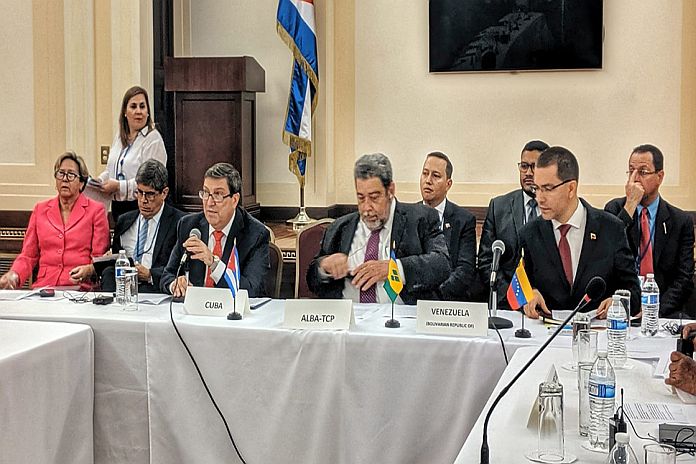 During this mission, Saint Vincent and the Grenadines is expected to establish diplomatic relations with at least two countries and engage in discussions with several representatives from other countries on a range of issues.

The 74UNGA is the first meeting of the 93-member body that Saint Vincent and the Grenadines is attending since being elected by 185 members of this very body to serve as a non-permanent member on the United Nations Security Council for the period 2020-2021.

In June the UN General Assembly elected five countries to the Security Council, including Saint Vincent and the Grenadines, the smallest nation ever to secure a seat. Also elected were Estonia, Niger, Tunisia, Viet Nam.

Prime minister Gonsalves described the election of his multi-island nation of around 110,000 people, as a “historic occasion”, added “The country is committed to the principle of sustainable development and, as a Small Island Developing State in danger of inundation by rising seas, is very concerned about the consequences of adverse climate change and intends to work very closely with the other members of the Security Council. The UN, he added, has limitations, but it also has “profound strengths.”

Dr Gonsalves is expected to address the 74UNGA on Friday afternoon.

On Saturday, September 28, he will host a town hall meeting where he will engage Vincentians living in the New York area. Dr Gonsalves is expected to return to Saint Vincent and the Grenadines, Tuesday, October 1.