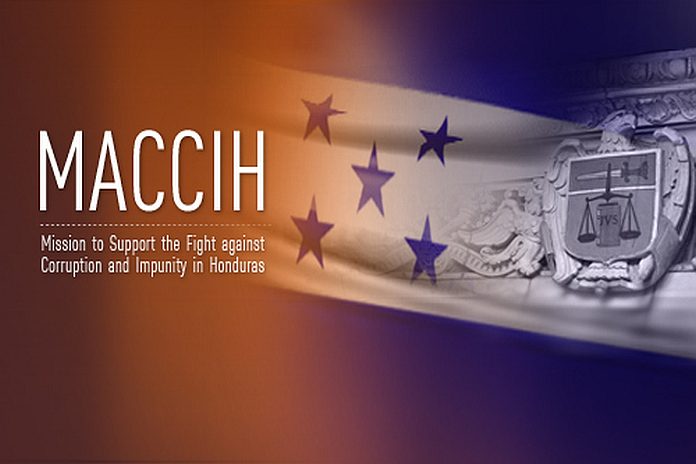 January 17, [Today,]  the negotiations between the government of Honduras and the general-secretariat of the Organization of American States (GS/OAS) regarding the renewal of the Mission to Support the Fight against Corruption and Impunity in Honduras (MACCIH) concluded.

Unfortunately, it was not possible to reach the agreements required for the renewal of the mandate of the Mission, which is why MACCIH will end its functions on January 19, 2020.

The OAS general-secretariat is obliged to express that the conclusion of the work of MACCIH in Honduras is a negative step in the fight against corruption and impunity in the country.

During its time of operation, the Mission actively and successfully collaborated with Honduran institutions to address the endemic problem of corruption in the country.

While a summary will be produced in the coming days of the activities of MACCIH in recent years, it is worth noting here that its work, together with the attorney general’s office, resulted in the prosecution of 133 people, in the prosecution of 14 cases and, above all, in strengthening national capacities to combat corruption and impunity.

In compliance with the principle of transparency that all public activity – national or international – must-have, the lack of agreement in the negotiations for the renewal of the Mission centered on the inability of MACCIH to continue to accompany and actively collaborate through the MACCIH-UFECIC (Specialized Fiscal Unit against Impunity and Corruption) teams.

For the general-secretariat of the OAS, it is essential in the Honduran case that the present cooperation mechanism that constitutes MACCIH continue to have a component that supports the investigative capacities and activities of the public ministry.

Unfortunately, the position of the government of Honduras has been not to accompany this proposal, which has made it impossible to renew the Mission.

Although, as it cannot be otherwise, the national sovereignty of the Government of Honduras is recognized to make the decisions it deems pertinent in this regard, the OAS general-secretariat considers that it would be of great importance that the Mission continue to provide this service to the institutions of the country.

In another aspect related to the course of the negotiations, the delegation of the OAS General Secretariat did not object to the proposals received by the delegation of the government of Honduras, particularly as regards the strengthening of the capacities of national institutions in matters of the fight against corruption.

At the time of the conclusion of the functions of MACCIH, the general secretariat wishes to extend its gratitude and recognition to the members of the Mission for their excellent and professional work.

The work of former spokesman Luiz Antonio Marrey Guimaraes and Interim Spokeswoman Ana María Calderón, as well as the teams of each of the Mission’s divisions, is especially noteworthy.

Similarly, the general-secretariat wishes to extend its thanks to the attorney general, Oscar Chinchilla, as well as to the Honduran institutions, for the joint work during these years.

Likewise, the OAS general-secretariat thanks donor countries for their support and participation. Without their commitment and interest, it would not have been possible to carry out the tasks of the Mission.

The Inter-American System has the necessary mechanisms and agreements to continue monitoring the state of corruption and impunity in Honduras, including the Follow-up Mechanism of the Inter-American Convention against Corruption (MESICIC), and will continue to constantly monitor the situation in the country.

Finally, the OAS general-secretariat expresses to the Honduran citizens and institutions its unceasing commitment to and accompaniment of the country, with the undeniable spirit of contributing to the strengthening of the democracy, human rights, development and security of Honduras and its people.