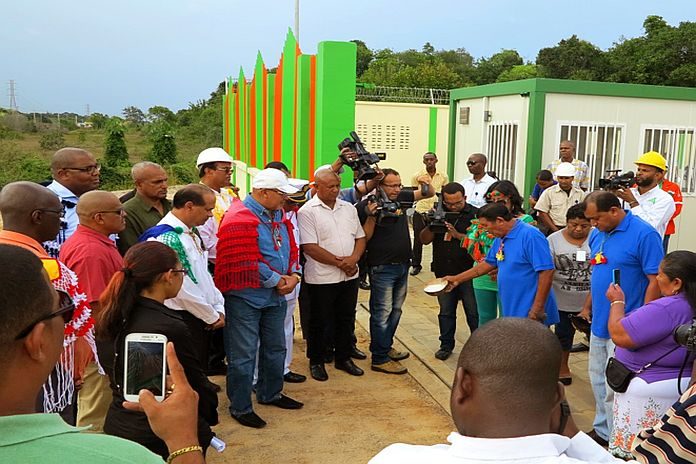 WASHINGTON, USA — The Inter-American Development Bank approved a US$ 30 million investment loan to Suriname to support adequate and modern access to sustainable electricity to enhance the living conditions for rural populations while improving the rural business environment with better provision of electricity as a public service.

The US$30 million credit line has a 25 years amortization period and a Libor-based interest rate.

Although most of Suriname’s population has access to electricity, there are significant disparities between urban (99 percent) and rural (90 percent) areas. Additionally, the remote communities located in the coastal and in the Hinterland areas (including interior villages that extend to the Amazon Rainforest) receive an expensive and poor-quality service as they are underserved with low electricity service provision of six hours or less of service or no service.

Also, the cost of provision, when existing, in those communities is higher compared to the national average. The lack of a reliable provision affects rural productivity and hinders economic growth.

In order to address the situation, the country will implement rural electrification projects by expanding distribution networks and improving or building of feeders and substations to be connected to the national grid.

With the loan, Suriname will also install solar plants with battery energy storage in the towns of Brownsweg and Alliance and solar mini-grids in the area of the Upper Suriname river to bring electricity 24/7 to villages located in that region. These activities will contribute to an increase of the use of renewable energy in the country. At the same time, the country will finance studies and pre-investments projects of Renewables Energies and Natural Gas to reduce its dependence on fossil fuels.

In addition, Suriname will invest in projects to upgrade and expand the transmission and distribution infrastructure of the national grid managed by EBS (Energie Bedrijven Suriname) with emphasis on networks that supply rural areas. The program will support the implementation of the energy reform by strengthening the EBS and the Energy Authority of Suriname, the regulatory agency created in 2016, and by financing the elaboration of the Electricity Sector Plan 2024-2028.

The project includes components of innovation and digitalization for the electricity system, including cybersecurity measures.