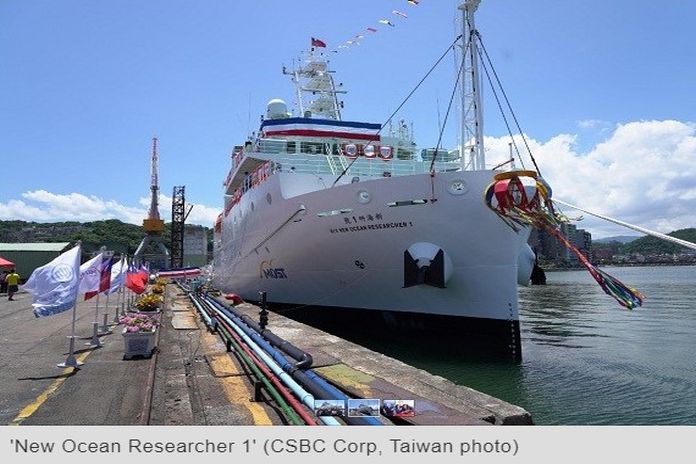 President Tsai Ing-wen attended the christening ceremony for the newly built ship, the New Ocean Researcher 1, at CSBC Corporation, Taiwan’s shipyard in Keelung. She told those assembled that the vessel bears testimony to the nation’s shipbuilding capabilities, according to a CSBC press release.

The boat (Taiwan’s third research ship) will join two others of its kind that were delivered to the government last year. CSBC chairman Cheng Wen-lung pointed out that the company’s main business is the construction of container ships and bulk carriers.

The three research vessels ordered by the ministry of science and technology mark the first time the company has ventured into these waters, Cheng went on to say, adding that the experience has driven the company’s skills up a notch, paving the way for them to win international research vessel bids.

The New Ocean Researcher 1 weighs 2,200 tons and is 66 meters in length, 14.8 meters in width, and seven meters in depth. The electric-powered multi-functional craft, which can carry 19 crew members and 28 researchers, is currently the largest ocean research vessel in the country.