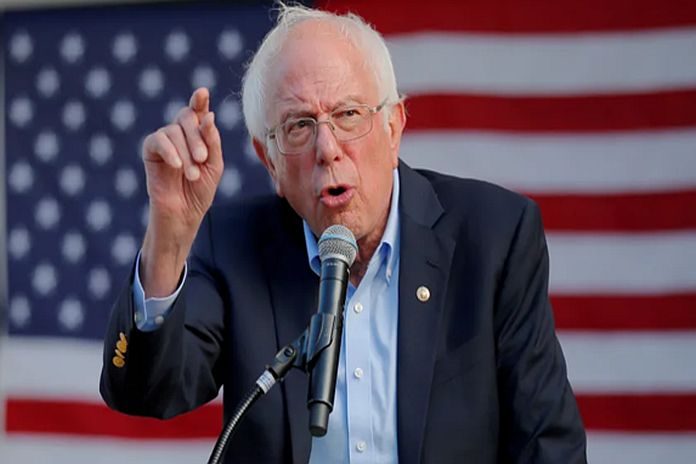 President Donald Trump’s most valuable re-election tool is Bernie Sanders. Because, if Sanders gets selected to stand against Trump as the Democratic choice, every voter right of left, left of right, the center of right, and the right-wing will vote for Trump. No one with any intelligence wants to see or suffer what Sander will bring to the USA.

If people think Trump is terrible, they have seen nothing yet. What Sanders proposes and what they will get is an assortment of many different things. Yes, they may get some of the things that many people approve, even dream of. But along with that will be the ramming into every orifice of every citizen the support for communist countries, communist systems, and international communist behavior. You can guarantee that America will be broke about ten minutes past midnight on the first day of Sanders term as president.

Private pensions will dip to a few cents on the dollar, stocks and shares will crash, Wall Street and money capitals World-wide will be ruined. The US dollar will instantly be worth only 25 cents, and eventually, the US will join Venezuela in the poverty and crime leagues. China and Russia will be laughing for years afterwards.

Remember “when America sneezes, the whole world catches a cold.”

There will be definite support for Venezuela’s Maduro, and the Cuban Communist Party. Support for the Caribbean and Latin American Marxist-Leninist communist organization ALBA and its membership. ALBA is exceptionally anti-American, and in every meeting they hold, they espouse their hatred towards the USA. Dr Ralph Gonsalves prime minister of Saint Vincent and the Grenadines, a leading light in ALBA,  has often described the US as “the Empire,” laughing and supporting such things Chavez said, like, “wake up and smell the sulfur. Hugo Chavez invented that description of the US to equate it with Satan.

Americans can also expect to get closer to Iran; all the sanctions will be lifted. North Korea and several other such countries may well become the best friends of the new ultra-left US.

Why may you ask, why? Because they are left-wing states of one kind or another with like-minded thoughts and the same objects as Sanders and most of the other leading Democrats. All these people, like Sanders, will always quote “solidarity” as the magic magnetic force attracting them all together.

Some of Sanders’ opponents are already using the word “communist” to describe him. But the Democrats keep puffing the beehive smoker hoping to subdue the Trump camp and claim he is actually a democratic socialist. Sander’s past is only buried in a shallow grave. Some Democrats are rightfully worried that the Trump campaign will hammer Sanders on his shallow-buried words in defense of repressive leftist governments in Nicaragua, Cuba and the Soviet Union if he gets the nomination. One example was his support for Castro’s revolution in Cuba. His defense and support of the Soviet Union were typical of him. 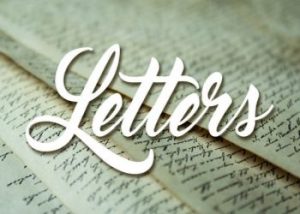 In 1960, Sanders said he became sick to his stomach when he heard Democrat John F. Kennedy discussing ways to overturn the Cuban revolution in the 1960 presidential debate with Richard Nixon.

In 1972, Sanders told junior high school students in Vermont that US policy in Vietnam was “almost as bad as what Hitler did.” Reference: The Rutland Daily Herald.

In 1972, Sanders wrote in an op-ed that Congress should “institute public ownership, with worker control, of the major means of production.”

Between 1980 -1984, Sanders campaigned for the Socialist Workers Party in the 1980 and 1984 presidential campaigns and was investigated by the Federal Bureau of Investigation (FBI) for his ties to the Marxist group. Reference: Washington Examiner

Sanders served as a presidential elector for the Socialist Workers’ Party in 1980, something that he later acknowledged in a 1988 television appearance. The group at the time was a Trotskyist party that pressed for the abolition of capitalism and the peaceful establishment of socialism. [Sanders has denied he ever was a Trotskyist.]

In 1985, Sanders on his Nicaragua visit sat down with leader Daniel Ortega, whom he later called “a very impressive guy.” At the time, human rights activists had documented serious abuses by Ortega’s government.

In  October 1985, a few months after Sanders traveled to Nicaragua to celebrate the sixth anniversary of that country’s socialist revolution, the Soviet-backed government suspended the civil liberties of its citizens, including the rights to free speech, free assembly, and labor strikes.

A few days later, Sanders, then the socialist mayor of Burlington, Vermont, received a pointed letter from a constituent. The letter-writer wanted to know how Sanders could continue to embrace “another in a long line of dictatorships, whose only true concern is its length of stay in power”?

Sanders, wrote back accusing the problems in Nicaragua and elsewhere as the fault of the US. Sanders, at that time, was not just pro every communist country; he was outwardly anti-American.

In the Spring of 1988 Sanders, days after marrying embarked on what he later called “a very strange honeymoon” to the Soviet Union. While on the trip to the Soviet Union, Sanders criticized American foreign policy to such an extent that one of the Republicans on the trip rose to rebut him and then stormed out of the room. Reference: NBC News.

In March 1989, Sanders traveled to Cuba with his wife for an eight-day visit. He had expected to meet with Fidel Castro, but in the end, the highest-ranking official he saw was the mayor of Havana. Sanders lauded the country’s “free health care, free education, free housing,” while dismissing the government’s holding of political prisoners by saying Cuba was not a “perfect society”  Reference: The Free Press of Burlington.

In 1991, Sanders was among a majority of House Democratic caucus members to vote against authorizing the Persian Gulf War.

In 2002, Sanders was one of 126 Democratic caucus members who voted against the authorization for the war in Iraq.

In 2019, Sanders in a CNN televised town hall, Sanders refused to call Venezuela’s leader, Nicholás Maduro, a dictator. He has declined to recognize opposition leader Juan Guaidó as Venezuela’s legitimate leader, as the US and most of its allies have done. He denounced what he called a “coup” against Bolivia’s leftist President, Evo Morales, despite findings by independent groups that Morales tried to steal an election.

One thing I feel sure of. Sander’s past, and perhaps present, requires whitewashing. Like Karl Marx, he has never done a real days work in his life and like Marx was, is an Atheist.

Can we forget his radical pro-communist past? I meaningfully ask, would he pass an FBI background check? Would the CIA give up his past files? How about the Generals, how would they react?

Those of you who decide to choose communism over democracy [a proven failure everywhere] communism over capitalism, just be aware of what you have chosen and realise that at no time during the future, perhaps your lifetime, will the train be stopping at your station. Your choice may end the way the world operates today. Over to you, Donald. 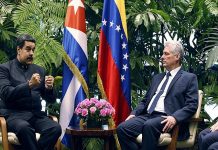 Ideology is depriving Canadians of COVID-19 medical treatment while absurdly punishing Cubans, Venezuelans, Palestinians and others

How one political party plans to drain ‘the swamp of corruption’...