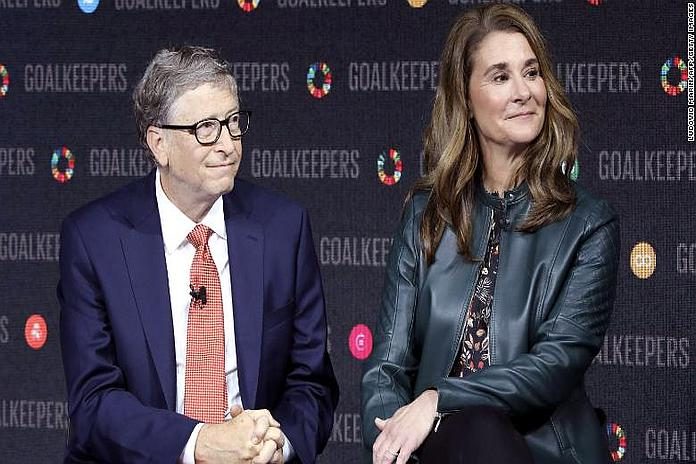 SEATTLE, Washington – The Bill and Melinda Gates Foundation said in a statement Wednesday, funding will commit up to $100 million for the global response to the 2019 novel coronavirus (2019-nCoV). The funding will help strengthen detection, isolation and treatment efforts; protect at-risk populations; and develop vaccines, treatments, and diagnostics.

The new funding is inclusive of $10 million the foundation committed to the outbreak in late January.

“Multilateral organizations, national governments, the private sector and philanthropies must work together to slow the pace of the outbreak, help countries protect their most vulnerable citizens and accelerate the development of the tools to bring this epidemic under control,” said Gates Foundation chief executive officer Mark Suzman. “Our hope is that these resources will help catalyze a rapid and effective international response. This response should be guided by science, not fear, and it should build on the steps that the World Health Organization has taken to date.”

The Gates Foundation is contributing more resources in close coordination with other donors to assist the World Health Organization (WHO), Chinese frontline responders and others at the global and national levels. WHO declared the 2019-nCoV outbreak a public health emergency of international concern on January 30, citing the risks the virus poses globally and the need for a worldwide coordinated effort to enhance preparedness, especially in fragile settings. The government of China has also declared a national public health emergency and mobilized a nationwide effort to contain the virus and treat those who are infected.

The foundation will immediately commit up to $20 million to accelerate the detection, isolation and treatment of people diagnosed with the virus with the goal of interrupting transmission and containing the disease. This funding will be directed to multilateral organizations such as WHO and the US Centers for Disease Control and Prevention. Support will also be directed to national public health authorities in China and other countries that have reported confirmed cases. Current national-level partners include the National Health Commission of China and the Chinese Center for Disease Control and Prevention.

The release of fast and flexible funding is intended to help multilateral organizations and national public health authorities rapidly scale up their virus detection capabilities and implement disease modeling analytics so that they can target resources where they can have the greatest impact in arresting disease spread. This funding is intended to help public health authorities cover the initial cost of labor and supplies while international agencies and national governments appropriate the resources necessary to fund ongoing operations.

Enhancing Protections for At-Risk Populations in Africa and South Asia

Recent epidemics, such as the H1N1 influenza pandemic of 2009, have had a disproportionate impact on populations living in extreme poverty, and sub-Saharan Africa and South Asia together account for 85 percent of the estimated 629 million people worldwide who live on less than $1.90 per day. Many people living in sub-Saharan Africa and South Asia also have limited access to quality primary health care, which is another factor that increases their health risks.

The foundation will provide up to $20 million to help public health authorities in these regions strengthen their emergency operations centers, implement effective disease surveillance efforts and improve their capacity to safely isolate and treat confirmed cases.

Among African Union member states, these efforts will be supported by the African Field Epidemiology Network (AFENET) in collaboration with the Africa Centers for Disease Control and Prevention (Africa CDC) and WHO-AFRO. AFENET is a non-profit service alliance of field epidemiology and laboratory training programs that currently operates in more than 30 African countries.

Developing Vaccines, Treatments and Diagnostics for a Sustained Response

The foundation will commit up to $60 million to accelerate the discovery, development and testing of vaccines, treatments, and diagnostics for 2019-nCoV. If 2019-nCoV transmission continues for several months or more, safe and effective vaccines and therapeutics will be needed to help sustain long-term approaches to disease control and to prevent severe disease and deaths.

The foundation will use its Research and Development (R&D) funding to help global partners, such as the Coalition for Epidemic Preparedness Innovations, identify and prioritize research needs, address gaps in the R&D landscape, incentivize product development by biotechnology and pharmaceutical companies and ensure that resulting product are safe, effective and made widely available. This effort will include support already underway for Chinese public- and private-sector research partners focused on the discovery, development, and testing of candidate vaccines, treatments, and diagnostics.