The Caribbean Voice (TCV) is the only NGO focusing on suicide and abuse prevention across the Caribbean region. This campaign was launched in Guyana in 2014, in response to the World Health Organization report that Guyana then had the highest suicide rate globally (a figure that has been disputed and could not be justified by WHO).

Last year this campaign was taken to St Vincent and the Grenadines, where we work in collaboration with an NGO, Say Enough is Enough Support Group, headed by Javelle Frank, social activist, media personality and trade unionist. This year TCV was established in Trinidad and Tobago, with social workers, Tynika James, and Czerina Castello Raja heading operations.

Meanwhile, plans are afoot to enter Saint Lucia by collaborating with Zandoli USA, which is headed by Camille St Omer. Zandoli USA has a presence in Saint Lucia and is in the process of revamping its operations there. Finally, in Guyana social activist and psychologist, Bibi Ahamad, spearheads our operations.

The Caribbean Voice is headed by social activist, educator, journalist and author, Annan Boodram, with pastor, psychologist/counselor, and educator, Dr Franklin Rodney as vice president and social activist and business executive, Neela Pawaroo, as the third member of the administration.  Diaspora membership is drawn from the US, Canada, and the UK.

TCV is always seeking new members who are passionate about volunteering and we urge such individuals to reach out to us regardless of where you live. We are especially seeking individuals throughout the Caribbean who are willing to give of their time, efforts and sometimes resources without seeking reward.

The five pillars of our work are research and information dissemination; awareness building and training; advocacy and lobbying; fostering stakeholders’ collaboration for social activism and counseling intervention.

This project is also being used as a pilot to determine if it offers a blueprint for other similar schools throughout the Caribbean especially given that the mental health and psychosocial challenges faced by students play significant role in self-harm and suicide which is highest among the young (15 to 25 age group but recently children as young as seven have been suiciding).

Our ongoing counseling program has handled over 450 successful cases from over 25 nations.

All our services are pro bono and all our members are unpaid volunteers. A self-funded NGO, that raises funds through a series of Concerts For Hope, TCV is a registered not for profit, with tax-exempt status in the US and Guyana. We have already started working towards a similar status in Trinidad and Tobago. In the coming years, we plan to be registered in all nations where we have a presence.

In addition to general members who ensure the day-to-day operations of TCV, we also have and seek counselors for our technical team, entertainment, and media personalities to be spokespersons, youth members (who will be trained to take over from the current generation of leaders) and board of director members – business executives and societal leaders. 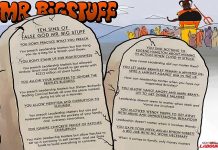 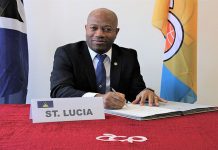 2020: A key year to meet climate goals and prevent spiralling...