I have noted that a couple of Presbyterian leaders in Trinidad and Tobago have spoken on the issue of domestic violence (DV), and I applaud that; but their responses are still lacking, for the Church has a lot of responsibility to bear in the perpetuating of DV and its role to play in alleviating it. In fact, it is troubling that most Christian leaders have been silent on the issue.

Apropos of the Church’s perpetuating of domestic violence consciously or unwittingly incorrect theological teaching on male headship, as outlined in Ephesians 5:22-33, has contributed in part to intimate partner violence (IPV) in the Church and in the world. Oftentimes, Ephesians 5:22 “Wives, submit yourselves to your own husbands as you do to the Lord” is emphasized, and the rest of that chapter which includes Ephesians 5:25 “Husbands, love your wives, just as Christ loved the church” is ignored or deemphasized.

The message sent when Ephesians 5:22 is taught out of context is that men are superior to women. Australian journalists, Julia Baird and Hayley Gleeson, on abc.net.au (Australian Broadcasting Corporation – Australia’s National Broadcaster), in the second installment of a cross-denominational 2018 ABC News and 07.30 (an Australian nightly television current affairs program) investigation into domestic violence and religion, report that “… Church counsellors and survivors of family violence report that many abusive men … rely on twisted or literalist  interpretations of Bible verses to excuse their abuse.”

One woman highlighted, Sally, explained that shortly before leaving her abuser, he said, “‘Your problem is you won’t obey me. The Bible says you must obey me and you refuse … ” Yes, Sally’s husband, who she has since left, was emotionally unstable. However, the literal teaching of male headship fuelled an already unstable man’s belief, women are inferior to men.

Significantly, this literal teaching didn’t just affect his behavior, but his wife’s. Sally admitted that “for years,” she “had believed that God wanted her to submit … and she did her best, bending to his will … ” Her initial response, shows, therefore, that the incorrect teaching of male headship by pastors can also result in domestic violence victims staying with their abusers. Baird and Gleeson confirm this, stating, “the past two decades of research has also shown women in religious communities are less likely to leave violent marriages … ” Therefore, incorrect teachings on male headship can lead to dire consequences; for staying in abusive relationships, for some women, may result in death.

Furthermore, the exclusion of women from leadership roles in some churches adds to the notion of male patriarchy. Bible teacher, Beth Moore, at a conference this year, hosted by the Southern Baptist Convention, lamented the lack of women in leadership roles. The christianpost.com reports that Moore contended that, “having too few women in power has directly contributed to the sexual abuse crisis in the Southern Baptist Convention.” She continued that, “women who are being abused by the system itself, or within it by people that are in places of power, don’t even have a female to turn to.” Notably, IPV includes sexual abuse.

Additionally, the exclusion of female leaders from some Churches enhances the belief that men are superior. Associate professor of criminal justice at the University of Central Florida, Lee E. Ross, writes in volume 2 of Catalyst: A Social Justice Forum, writes that “… religious institutions and churches need to identify organizational structures and institutional practices that deny women an authoritative voice within the church.” He supported his assertion by citing Traci C. West, associate professor of ethics and African American Studies at Drew University Theological School, who states in her 2006 text, An Antiracist Christian Ethical Approach to Violence Resistance, that “Churches must … be accountable for the ways that … policies and teachings uphold the subjugation of women.” Policies may exclude women from leadership positions, thus upholding male patriarchy.

Domestic violence is also perpetrated by the Church when some pastors are silent on the issue or do not treat with it like they should. No action or discussion on the issue relays that pastors and Christianity approve chauvinism and abuse. Ross explains, “Given the general tendencies of religious leaders to ignore or fail to acknowledge abuse within its congregation – even in instances of adultery – they might appear complicit in the eyes of many.”  It is, thus, pivotal, that the Church correct leaders who turn a blind eye to abuse.

Significantly, complementarianism that God has ascribed specific roles to each sex – is not bad. The problem is the patriarchal interpretation of God’s word; for it can lead to not just abuse, but the overall lack of respect that society and the world for that matter, show women.

Ephesians 5:22 must be taught in the context of the chapter. Notably, verse 21 reads, “submit yourselves one to another.” Verses 21 through 33, in the Bible, are under the subheading of that chapter, Instructions for Christian Households. I hardly ever hear that point preached.

Furthermore, the Bible instructs men to love their wives like God loves his Church, and that wives submit to their husbands as the Church submits to God. God’s not a tyrant. Christians submit to him willingly because of his love and kindness to them. You cannot and ought not to submit to a tyrant or fool.

Frankly, it looks like the burden is on men to love their wives like Christ loves his church. That should be the focus of any sermon on Ephesians chapter 5. 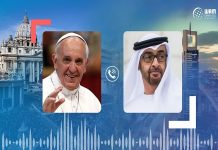 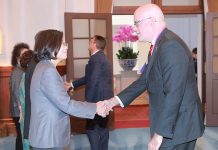 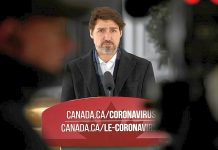 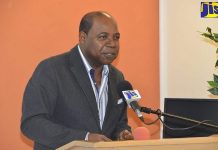 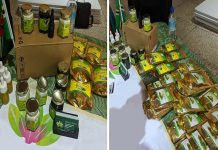 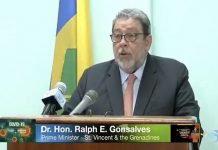 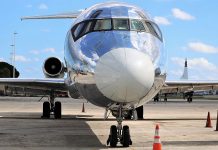 The View from Europe: Security, development and the pursuit of the...