Some of my favourite memories are of magical moon-lit nights with no electricity, when the white rocky orb would slowly rise in the east, above the multiple rows of triangular rooflines silhouetted against the shaded sky.

Light breezes caressed our hair, flirted with our faces, and sighed in our ears. We would stop and listen for a moment, before heeding the siren song of the wind, by racing off to seek out the street’s supreme teller of supernatural tales. The older of my two marvellous mothers, both since sadly deceased, Nora or Aunty Nora excelled in the oral tradition of what we euphemistically term all over the Caribbean, “jumbie stories.”

Born in 1918, she had started life as an only child in a far too bushy and remote area of the mighty Abary-Mahaica Rivers, later moving to the neat little farming village of Cane Grove, so-called for the sweet stalks cultivated there.

With no television around, and none in sight, for decades, even remotely, in the south Georgetown pot-holed backstreets I and my varied pals tarried, and the batteries forever low on the radio, she would tease us, “Allyuh sure?” adding, “Nobody gun pee their bed tonight?”

Assuring her in the negative, as a far too loud, nervous chorus, we would play along, until tired of the opening entreaties, my mother would gather us into a motley, multi-coloured heap on the small upper wooden landing and its many steps, or out under the smiling stars in the open cold, concreted yard. Come wet, rainy nights, Nora would bundle us inside the tiny kitchen, so that the stifling smoke from the seething kerosene oil lamps would spit, twist and curl, into bizarre, disquieting figures, dancing on the rafters and walls, burning my nostrils and searing into my brain.

The late Guyanese linguist and lexicographer, Dr Richard Allsopp theorised that the word “jumbie” is of Bantu origin referring to its use in at least 11 related tonal languages and dialects from the Congo and Angola, in Africa with “nsambi/insambi” meaning God and “nsumbi/ndsumbi” Devil.

In his magnus opus, “The Dictionary of Caribbean English Usage,” Dr Allsopp observed that the linking of good and evil with the same cosmic power is also reflected in some of the original practices with which the term is associated.

His book of over 20, 000 words launched by Oxford University Press in 1996, was the said to be the first serious attempt for some four centuries to provide an authentic record of current English from the West Indian archipelago, encompassing Guyana in South America, and Belize on the northern end of the geographical arc, in Central America.

As an example of the Bantu word, Dr Allsopp cited this sentence by the great but troubled Guianese novelist, Edgar Mittelholzer famous for his “Kaywana” Trilogy, “Toolwa lived in a lonely wooden cottage three miles away, and the wind, and the rain, and perhaps the jumbies were tearing it down shingle by shingle.”

“I was the Dark One at whom he was always frowning and barking” the son later recalled, hence his 1963 autobiography, “A Swarthy Boy.” Yet, by 1938, battling neurosis, Edgar Mittelholzer had already completed “Corentyne Thunder,” a powerful, absorbing narrative which signalled the birth of the novel in British Guiana. He would go on to write more than 20 others, before his fiery suicide in a Surrey field in 1965, a horrible and sad end to a brilliant man, predicted in several of his works.

Recently, the BBC promoted Netflix’s “The Haunting of Bly Manor,” the latest adaptation of Henry James’s Victorian tale about a tormented governess in “The Turn of the Screw,” which bestselling American author, Stephen King called one of “the only two great novels of the supernatural in the last hundred years.” The other is Shirley Jackson’s “The Haunting of Hill House.” 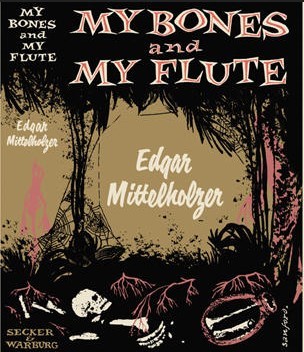 However, my published ghost story of choice remains Mittelholzer’s “My Bones and My Flute” which came out in 1955. A few years ago, I managed to find a sun-burnt, worn paperback copy and re-reading the eerie account on a sunny day, and again during the continuing COVID-19 lockdown, gave me, a fellow dark one, renewed delight and real chills.

I can hear still, during the heyday of local radio, the acclaimed Guyanese broadcaster James Sydney in his distinctive, deep voice, crisply delivering the stunning script adaptation and its echoing introduction “My bones-sss, and my flute,” as the haunting strains of the instrument floated to the ceiling, and my siblings and I hardly dared to breathe, move or much less venture outside in the dark.

Mittelholzer subtitled his classic novel of finely tuned horror “A Ghost Story in the Old-fashioned Manner.”  It is set in the 1930s-British Guiana but against the historic background of African slavery and a cursed manuscript left by a long-dead Dutch plantation owner, caught up in spreading unrest leading to the bloody 1763 Slave Rebellion, and whose bones lie lost and unburied in the teeming forests.

Only when he is on board the steamer halfway to the remote destination up the Berbice River, does the artist Milton Woodsley realise that there is something sinister afoot in this excursion. Milton thinks he will just create some paintings for Henry Nevinson, a rich businessman. But when the Nevinsons mention a flute player that no one else can hear, Woodsley begins to glean that there is more to their stay at the inland jungle home.

“Told in Woodsley’s sceptical, self-mocking and good-humoured voice, the tension rises as the cottagers’ sanity and lives are threatened by psychic manifestations whose source they must discover before it overwhelms them,” Peepal Tree Press said in its 2015 reissue. “Amongst the barks of baboons, rustles of hidden creatures in the remote Berbice forests, Mittelholzer creates a brilliantly atmospheric setting for his characters and their terrified discovery that this is not a place where they can be at home,” it noted.

There was the Moongazer, tall, misty giant, staring enraptured at the earth’s natural satellite, disturb him to your peril. “Sssssh!” she would fiercely frown, and the fidgeting and tittering would cease, as we froze, then became fused with the petrified passengers, racing their car through the wide-open legs of the monster straddling the lonely airport road.

One uncle was an infamous mad professor, a purveyor of the paranormal and the occult, who frequently materialised in the Cane Grove cemetery, the corner shop, or the closet. Decades later, while clearing out, I would stumble across an innocuous bag, left by his daughter, with a distressing daguerreotype of Dr Danger. Piercing eyes, handlebars moustache, a sneering satyr, and some of his blackened books of diagrams with badly burnt edges, an incantation of spells to summon a legion of devils. I took one look at the lot, turned a lighter shade of pale, and with trembling hands tossed the Obeah Orator and his entire package into the black-covered outdoor bin.

*ID recalls her mom’s “Whoosh! The Fire Rass (ol’higue/soucouyant/asema) suddenly went up in de night sky,” and the advice to leave asafoetida or “hing” and no less than 99 grains of rice scattered around babies’ cots and outside of doorways. 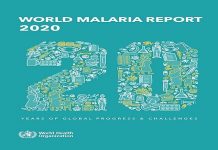 Closing the Institute of Commonwealth Studies – a retrograde step