The title of this article is from Franklin D Roosevelt presidential inauguration, March 4, 1933. Gordon Brown wrote of him that “he was truly a lion of a leader an aristocrat who would fight for the forgotten man”. Can Allen Chastanet the prime minister of Saint Lucia ever be that leader? The answer is never.

However, I do believe that the leader of the opposition Phillip J Pierre has upheld the “fight for the forgotten man”. A leader that embodies honesty, honour and the sacredness of obligation to the general public and continues to operate with composure and intellect, a true leader the people of Saint Lucia deserves.

Roosevelt spoke of action – in hindsight that is now required amidst dark clouds from COVID-19 pandemic and its impact on health and economic prosperity.

The overview of the prime ministers 2020/2021 budget address pontificates, “Saint Lucia’s progress was never a matter of mere luck. It was the result of systematic planning, visionary leadership and efficient execution. This has almost become like a habit to our party. It is this backdrop of achievements that qualify us to take Saint Lucia to the next level and closer to realizing our true potential. We note that some of our sister islands that are tourism-dependent (such as the Cayman Islands, British Virgin Islands, Aruba and The Bahamas) have significantly higher GDP per capita than us. Why can’t Saint Lucia with a population and landmass second only to the Bahamas and a more diversified economic base, not match or surpass their performance? We are not performing at our full potential.”

Understandably, the prime minister is pretty far off the green, and I will certainly shave strokes chipping and putting, to use a golf analogy.

The tourism industry is comatose, remittances have been particularly hard-hit, and joblessness continues to rise, trade and supply chains, interrupted. More problematic is the major marketplace of New York, Canada, and Europe. Health and economic projections are not good at all. Saint Lucia’s dark clouds are getting darker. The advent of a so-called tourism guru and the Chastanet-led administration increased the impact of tourism on the economy and placed all our eggs in one tourism basket.

It is clear and this government has failed to internalize new technological modes of farming and the agricultural thrust pre and post coronavirus world. At present, our farmers and fisherfolks cannot access local and international markets for their products. And with depleted savings, the unnecessary lockdown, restrictions and government inadequacies to a stimulus package, the future is grim.

Admittedly the prime minister said in the 2020/2021 budget address, subsection – economic outlook – “the economies in the Caribbean and ECCU region are reeling from the effects, with limited fiscal space to respond to the crisis, given their high levels of indebtedness and heavy dependence on tourism.”

Brown informed us that “Roosevelt left his wheelchair and descended the steps outside to the inaugural platform of the capitol building supported by steel braces and the steadying arm of one of his sons”. His speech even then; felt as if it was being addressed to the reckless prime minister of Saint Lucia with emphasis on health, economic recovery, the wellbeing of the weak and vulnerable. It is evident that our people must be liberated from ignorance, disease and poverty and a reversal from a ‘shell head’ enforcement of a ‘State of Emergency’ and the posture of theocracy that the Chastanet government offers.

So, what the thinking behind the ‘State of Emergency’ and the posture of theocracy? One simply has to examine the vultures that run the country. However, the Chastanet-led administration should research thoroughly that our forefathers conquered their colonial master’s and will do likewise to the remnants of which still believe that Saint Lucians must submit to.

Trust and the future of democracy are at risk. We must not delude ourselves believing otherwise. The realism an idealism that reflects the instinctive sense of the common good and fair society is non-existent, even with a Cabinet (a cohort of self-seekers) comprising a former prime minister and senior ministers in name only, lacking morals, decency and value traits of repute.

Returning to the 2020/2021 budget address – economic outlook – the prime minister said: “COVID-19 has dealt a devastating blow to the world economy. Lockdowns and other restrictions implemented to address the public health crisis, coupled with simultaneous reductions in economic activity by both consumers and producers, resulted in an unusual combination of adverse shocks. These shocks have caused deep recessions across the world. Global trade and supply chains, tourism and remittances have been particularly hard-hit, and joblessness continues to rise.” However, the prime minister speaks with a ‘forked tongue’ of “Building a New Saint Lucia”.

The absence of leadership, truth and values have shrunk to levels that many would not have imagined. The government’s inefficiency, ineptitude and weakness are seemingly to rely on the Royal St Lucia Police Force (RSLPF) and political lackeys to do their bidding – a totally immoral, unlawful, and unacceptable act in any democratic society.

After 41 years of independence, we certainly need constitutional reform and not delude ourselves forgetting that our constitution was thrust upon us by British colonial rule. It was never defined in Saint Lucian terms. Thank God, nature still offers us her bounty. Human efforts must multiply to change the Chastanet-led government that is unjust and regain the ethos that no power on earth can govern human beings freely who withholds its consent, for a brighter tomorrow.

I have always considered myself a Saint Lucian patriot who fought all my life within the British colonial system. Currently, this fight has resumed against the hardships and lack of human dignity conveyed by the government and prime minister of Saint Lucia policy of separation and inequality.

I cherish democratic values and a free society in which all persons live together in harmony, and equal opportunity – therefore, we need a government that is accountable and caring. I am of the view that our salvation can only come about from a democracy that is not of the British colonial version, but native to our existence. Therefore, we need to think seriously about constitutional reform, new labour government under the leadership of Philip Pierre, and upon resuming office to immediately repeal ill-conceived legislation and a complete audit of the ministries and ministers of the former government.

The people of Saint Lucia and civil society must demand a recalibration of society, if not, we will remain in a perpetual cycle of the nonsensical, oftentimes humorous utterance of ancient theocracy of a Chastanet type, “Building a New Saint Lucia”. 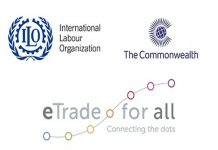 A weak, worn-out Caribbean will not serve its people in 2020