Researchers have shown that even subtle changes in language can change reality (Borowditsky, 2011). Words can construct a reality of hope and acceptance, or despair and rejection. And when we’re talking about suicide, those words can be a matter of life or death. In this context the campaign to persuade media globally to train their reporters and journalists to use suicide appropriate language is ongoing.

The Caribbean media is slowly climbing on board, especially in Trinidad and Tobago where guidelines are in place; training has been provided to media, and continual media monitoring takes place.

But exactly what does suicide appropriate language entail? Perhaps we can start with the word commit as in “A mentally ill woman who pushed a stranger in front of a train to her death, committed suicide in prison….” (New York City Daily News). The word commit has negative connotations and should never be used with suicide. Replacement terms include, ‘died by suicide’, ‘suicided’, ‘a victim of suicide’ or even ‘killed by suicide’ since suicide is now recognized as a killer, just like cancer for example.

While it is well known that the manner in which the media reports suicide can lead to a suicide contagion or the Werther Effect, thereby resulting in even more suicides, it has also been determined that media reporting can lead to the ‘Papageno Effect’ – the protective effect that can result in people been better able to cope with challenges and stress and thus not resorting to suicide.

In 2010, Niederkrotenthaler et al concluded that prevention of suicidal behaviour by media reports is possible if media publishes articles on individuals who adopted coping strategies other than suicidal behavior in adverse circumstances and if media also provides information about where to seek help and advice. The study found that the most important content that reduced suicide was focusing on suicidal thoughts rather than suicidal actions. This is because reporting suicidal thoughts, as opposed to actions, could help the individual engage with the concept of going on living.

To prevent the Werther Effect and foster the Papanego Effect, suicide, and related coverage should exclude information on suicide methods, avoid implying that suicide is “caused” by any single factor or event (such as bullying), and keep the word “suicide” out of headlines. As well, media should avoid details of the suicide method, photo(s) of the deceased, admiration of the deceased, the idea that suicide is unexplainable, repetitive or excessive coverage, front-page coverage, exciting reporting, romanticized and/or simplistic reasons for the suicide or approval of the suicide. Also, media should not propagate myths and misinformation about suicide, such as, for example, that suicide is a selfish act. And media should refrain from using the term ‘committed suicide’; use instead ‘died by suicide’ or ‘a suicide victim’.

On the other hand, media reports should include: alternatives to suicide (such as counseling and other treatment), resource information for those with suicidal ideation (especially what is available at the local or regional level as easy and quick accessibility is important), examples of positive outcomes of suicidal crises (such as calling a suicide hotline, applying prevention strategies, prevention work done by NGOs), warning signs of suicidal behaviour, how to approach a suicidal person especially use of emphatic communication and strategies to build self-esteem and provide coping skills.

As well other language modifications include:

Mindframe (https://mindframe.org.au/suicide/communicating-about-suicide) 1s the most comprehensive guideline for communication about suicide. Developed for Australian media it is now the global source for similar guidelines everywhere else. Media can easily use mindframe to train their reporters and journalists about reportage on suicide.

The Caribbean Voice can help you access help for any and all mental health issues. Please email us at caribvoice@aol.com or thecaribbeanvoiceinc@gmail.com. What’s App 646-461-0574 or 592-621-6111. Also check out our website at www.caribvoice.org for more information. 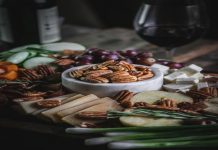 The EU and Latin America and the Caribbean: Joining efforts against...