MITRE and the Aspen Institute Release Report: “The Space Imperative: A Whole-Of-Nation Approach to a Sustainable, Secure, and Resilient Space Domain”

MCLEAN, Va. & BEDFORD, Mass.–(BUSINESS WIRE)–#aerospace–As private companies and governments worldwide launch an ever-growing number of satellites and rockets into outer space, new challenges abound back on the ground. Commercial, civil, and military stakeholders need to take a comprehensive, whole-of-nation approach to handle the increased traffic—and competition—in space, according to a study released today by MITRE and the Aspen Institute. 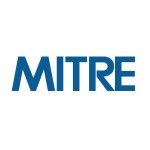 Titled “The Space Imperative: A Whole-Of-Nation Approach to a Sustainable, Secure, and Resilient Space Domain,” the report argues that continued U.S. leadership in space is at a critical juncture. As private space companies and foreign adversaries have gotten into the game, new challenges have emerged, including “a lack of norms of responsible behavior, an outdated regulatory framework, and insufficient complementary technical infrastructure to assure the security, resilience, and sustainability of the U.S.-envisioned space environment.”

“If we act now, the United States can retain its vital role as a leader in the international space community,” said Kerry Buckley, MITRE vice president, Center for Advanced Aviation System Development, and one of the report’s authors. “Only by moving rapidly can we set the conditions for a secure space operating environment and ensure sustained economic growth.”

Unlike the space race between the United States and the Soviet Union during the Cold War, today’s space competition and innovation rely more heavily on the commercial space sector. Now is the time to act, the MITRE and Aspen Institute report states. Doing so will ensure the security, resilience, and sustainability of U.S. space systems, and the space operating environment, today and in the future.

The full report can be viewed at https://www.mitre.org/news-insights/publication/the-space-imperative.

MITRE’s mission-driven teams are dedicated to solving problems for a safer world. Through our public-private partnerships and federally funded R&D centers, we work across government and in partnership with industry to tackle challenges to the safety, stability, and well-being of our nation. Learn more at www.mitre.org.

The Aspen Institute is a global nonprofit organization committed to realizing a free, just, and equitable society. Founded in 1949, the Institute drives change through dialogue, leadership, and action to help solve the most important challenges facing the United States and the world. Learn more at www.aspeninstitute.org.