Sometime next month, Russia’s prime minister, Dmitry Medvedev, is expected to travel to Cuba. His visit is likely to cement the two nations future bilateral relations. It comes after months of high- level exchanges on deeper economic and political cooperation and an intention to defend Cuba’s right to choose its own future.

This should come as no surprise.

Speaking in Havana in July, Russia’s foreign minister, Sergei Lavrov, could not have been clearer. Moscow, he said, would strengthen its relations with Havana in the face of the difficult conditions it faces resulting from US pressure.

“We will continue to support Cuba, the people and Cuban leaders, not only through moral or political methods but also through the development of co-operation and trade and economic projects that contribute to making the island’s economy more sustainable in the face of external attacks”, he told the media at the end of a two-day visit.

At the same press conference Cuba’s foreign minister, Bruno Rodríguez, described the relationship between the two nations as “dynamic” and “highly productive”, observing that “Cuba has a reliable and long-standing partner in Russia” and that it was “the will and decision of both governments to continue to consolidate political, diplomatic, economic, trade, financial and co-operation relations”.

Remarks made since then by Russian and Cuban ministers and officials indicate that Russia’s presence in Cuba, and by extension, the Caribbean, is about to take on greater significance.

Although little noticed by the world’s media, the two countries have in recent weeks signed several protocols that will see Russia come to play an important, possibly central role in Cuba’s future economic development.

Russian and Cuban media reports variously suggest that Russian entities are close to finalising a long-discussed €1bn (US$1.09bn) project that will see them support the re-development of Cuba’s economically vital railway system. They also indicate that an assembly line for GAZ and Ural vehicles will be launched with the objective of exporting to third countries mainly in Latin America. Projects are also to be developed that establish new business for the ports of the island; cabotage maritime links will be created; and training is to be provided for Cuban pilots, technicians and flight engineers to improve Cuban airworthiness.

Additionally, Russia’s ambassador to Cuba, Andrei Guskov, in recent days has told the Russian government-linked media platform, Sputnik, that Moscow would with Russian companies actively participate in the delivery of Cuba’s 2030 Economic and Social Development Plan. This he said will likely see business-to-business discussions in the areas of steel and metallurgical production, the assembly of agricultural equipment, the modernisation of textile enterprises, ventures in water purification, and cooperation in the fields of solar energy, biotechnology, medicine, and information and communication technologies.

In a further indication of Russia’s commercial return, Tatiana Mashkova, the director-general of the Russian National Committee for Economic Cooperation with Latin American Countries, who is also the vice president of the Cuba-Russia Business Committee, was quoted in the Russian media as saying that the Russia-Cuba business relationship was “not only of an economic nature but also of a political nature”. When it came to business, she said, “more efficient economic schemes for collaboration” were being explored, suggesting that what was required was trade in a currency other than the US dollar.

All of which is in addition to Russia’s already close defence relationship and a foreign policy alignment with Cuba that Russian diplomats describe as “constructive” in establishing a “polycentric world order”.

What this suggests is that unilaterally imposed US sanctions are offering Russia geopolitical and economic opportunity in the Americas and in contrast to its response in Venezuela, are resulting in Moscow wishing to actively participate in and help Cuba secure its future.

As Russia’s deputy minister of Industry and Trade, Vasily Osmakov, recently pointed out, US pressure on the Cuban economy and sanctions offer an opening for others that do not share Washington’s view.

It is a policy that allies in Europe and other parts of the world have previously warned about, indicating that US thinking will make it more difficult for the west to engage Cuba in dialogue at a time of generational change, and will create significant new openings for others: a reference widely understood to refer to Russia and China.

During her recent visit to Havana, the EU high representative, Federica Mogherini, indicated that despite its concerns about human rights and other issues, Europe is pursuing a policy of deeper engagement with Cuba.

In contrast, while Washington’s short-term objective is to try to separate Cuba from Venezuela, it would also seem that in the medium term it is hoping to bring about civil unrest. It holds the mistaken belief that after an embargo lasting nearly 60 years Cuba can somehow be forced to the negotiating table through sanctions and the impact of energy and food shortages; a policy that has profound implications for Caribbean stability.

This is not to be uncritical of Cuba’s missed opportunity to create the more modern and liberal socialist model that many among its highly educated and committed younger generation want. Nor is to welcome Russia’s presence, unless it can demonstrate that its interest is more than geopolitically led opportunism akin to president Trump’s transactional world view.

Instead, it is to suggest that far from lessening Cuban support for the Maduro government in Caracas or isolating Cuba, US sanctions are bringing Havana closer to Russia, China, Vietnam, and other nations Washington says it does not want to see wield greater economic or political influence in the Americas.

It is also to indicate, as some recent published Cuban commentary has suggested, that as US dollar corridors close, Havana is turning away from sourcing from western companies, regarding Russia not just as a partner it understands and knows, but one that offers long-term reliability, stability, and technological support. 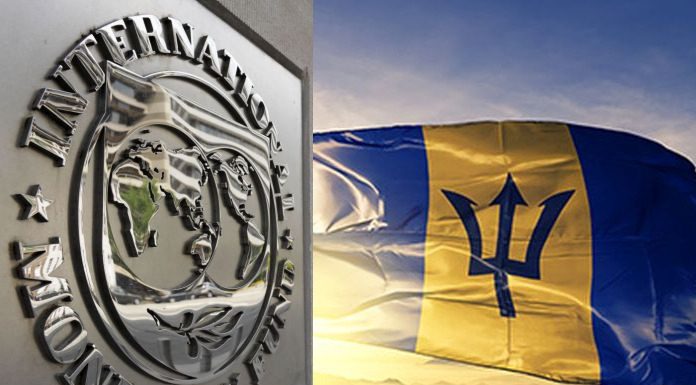 The US equipped the Taliban, the enemy

Forty plus new houses to be built in Salybia, Dominica

The View from Europe: Business should play a greater role in...