Last month a bill introduced into the US Senate by three Republican Senators proposed that nations contracting with Cuba to receive medical support be designated as engaged in ‘human trafficking’.

Responding, the Organisation of Eastern Caribbean States (OECS) issued a strongly worded statement ‘repudiating’ the measure and praising ‘the long and exemplary history of Cuban support for the health sector in the Caribbean’. In doing so, the OECS observed that all its member states ‘including those close to the US’ had sought and received Cuban medical support in relation to COVID-19. They also noted pointedly, a desire to continue working with all friendly governments ‘that offer tangible support to the small island states of the Caribbean.

A few days later, Antigua’s prime minister, Gaston Browne, accused the bill’s sponsors – Senators Rick Scott, Ted Cruz, and Marco Rubio – of seeking to punish the countries where Cuban nurses, doctors and specialists support their health services. Their actions, he said, “undermine the good relations we enjoy with the US”.

Browne rejected US claims that employing the services of Cuban professionals was a type of forced labour. He noted that Cuban medical support formed “a significant part of the health infrastructure of many Caribbean countries”. If the region is forced to end the support provided by Cuba it “will dismantle our health system”, he told listeners to his regular radio programme.

The proof of his assertion can be seen in the fact that during the COVID pandemic almost all Caribbean nations including Britain and France’s Overseas Territories, with the full support of London and Paris, asked for and received Cuban medical support.

Despite this, CARICOM’s members have yet to agree on a joint response to US pressure on countries in the region that receive Cuban medical cooperation, although they have made clear, individually, their gratitude to Cuba. This reluctance would appear to be because some countries in receipt of Cuban assistance do not wish to be seen to be publicly critical of the US in the light of its bilateral transactional approach to security, Venezuela,  China and a host of other issues.

Since the middle of 2019, the Trump administration has been seeking to demonise globally Cuba’s international medical programmes on the basis that they amount to ‘human trafficking’. This is despite their proven clinical and epidemiological worth. Washington argues that its view is justified by the fact that Cuba retains a proportion of what is paid to the medical personnel involved, although Havana says it’s part of whatever is earned is used to support the country’s free health care, education, training, medical research and its wider social provision.

The overall objective of the US administration’s still developing medical war against Cuba, appears to be threefold. Firstly, to try to halt Cuba earning an estimated US$6.3 billion globally in order to sow dissent by further damaging the Cuban economy; secondly, to shore up support in the run-up to November’s presidential election among the Republican Party’s older generation of Cuban-American voters, particularly in the swing state of Florida; and thirdly, to increase the overall economic pressure on Cuba in the unlikely hope that it will break with Venezuela and then, despite sixty-one years of resistance to US pressure, capitulate.

Just over a week ago, the US State Department issued its annual global ‘Trafficking in Persons Report’. In a wholly new escalation of language, this alleged that Cuba’s international medical programmes constituted “forced labour”. Although the consequential  Tier 3 ranking it assigned to Cuba as yet has no direct impact on third countries, the indications are that it could alter US policy towards multilateral institutions such the Pan American Health Organisation (PAHO) which together with the region’s public health agencies has been outstanding in its coordination of the hemispheric response to COVID-19.

This is of significance as in Cuba’s case such institutions sometimes act as intermediaries for funding the health services that Cuba provides, as is the suggestion that the next US step may be to use the report to place pressure on third countries to screen Cuban medical professionals to ensure they have not been ‘trafficked’.

Despite this, the ability of Washington to end Cuban medical cooperation in the Caribbean or elsewhere is questionable. In recent months Cuba has sent globally some 3,000 health professionals to at least 28 countries to support their fight against COVID-19. More generally, it has some 28,000 other medical workers serving in 59 countries suggesting that at least 25 percent of the world will in future be designated as being implicated by the US in Cuba’s alleged ‘human trafficking’.

In reality, the basis on which Cuba sends its medical missions varies by country. In some cases, payment is made through international or regional bodies. In others, Cuba donates its services for nothing, and in yet others, the personnel are contracted to the recipient country by the Cuban state.

Irrespective of the often vital humanitarian role Cuba’s health professionals now play in locations around the world where few other agencies work, or its world-class scientific, vaccine and biopharma research, the US now seems intent on trying to co-opt the rest of the world in its endeavour. It is doing so through the creation of provisions that have either an actual extraterritorial effect, or which by diplomatic or other means create uncertainty, causing third countries, businesses, and others to consider turning away from their relationship with Cuba.

Coming from a country that is failing to protect huge numbers of its people from the virus, it is hard to see any attempt to weaken the availability of ‘hands-on’ medical provision for those least able to cope as being anything other than perverse.

The provision of health care and the treatment of the weakest in society should be beyond politics. They are matters of morality and humanity especially at a time of global crisis and a stubborn pandemic.

The extraordinary spectacle of a powerful country trying to control medical support to developing countries as a matter of foreign policy, and its use of extraterritorial measures and potentially sanctions to do so, suggests that the US power to lead or convince is waning. 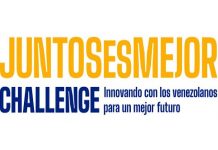