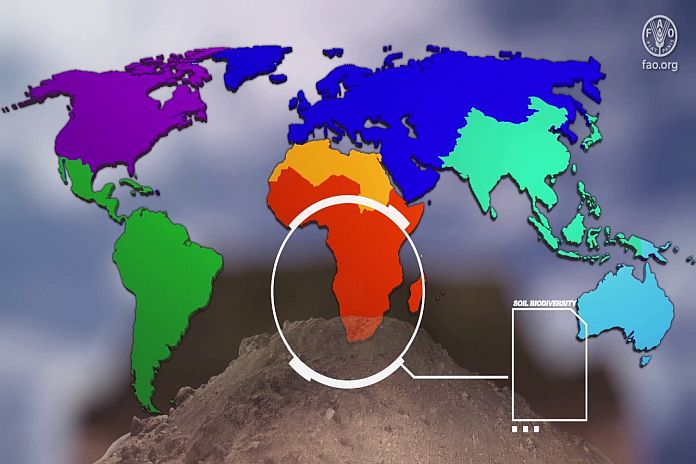 NEW YORK, USA – Ahead of World Soil Day, marked on December 5, FAO launched its first ever report on “The State of Knowledge of Soil Biodiversity“. The report examines the potential of soil organisms in ensuring sustainable agri-food systems and mitigating climate change.

Although soils are essential for human well-being and the sustainability of life on the planet, they are threatened by human activity, climate change and natural disasters.

Nature-based solutions involving soil microorganisms have a significant potential to mitigate climate change. They play a key role in carbon sequestration and reducing greenhouse gas emissions. The report also found that farming activities are the biggest source of carbon dioxide and nitrous oxide gases emitted by soils, which derive from the overuse or misuse of nitrogen-containing fertilizers.

Generally, there is a lack of detailed data, policies and actions on soil biodiversity at local, national, regional, and global levels.

The report highlighted the need to promote the necessary shift to include biological indicators of soil health along with physical and chemical ones.

According to the report, the adoption of sustainable soil management practices by farmers, as a basic premise for preserving soil biodiversity, remains low due to the lack of technical support, provision of incentives and enabling environments, and needs to be scaled up.