What has separated the United States from every other nation is the concept of being a nation of laws, not a nation of men and women. The best way for a nation to deal with its citizens is to treat all of them equal under the law.

Let’s see how this works in our immigration system.

The lawyers prepare frivolous claims for their indigent clients (who barely speak English) against the government. They use chicanery to artificially prolong the clients’ illegal stay in the country.

The illegal aliens create, slowly and gradually, a metamorphosed mass of over 20-million people with uncertain status across the nation, aiming to transform the nation.

How are all these enormous legal fees going to be paid? By contingent-fee arrangements? I think not. You’d better follow the money and check who is paying all these attorneys.

The first scenario: Suing the government for the reunification of families. The Department of Justice (DOJ), under the “zero tolerance” policy, began to file criminal charges against most illegal immigrants for misdemeanors (illegal entries) and felonies (illegal re-entries). The goal was to create consequences for families who broke the law but had been released under the previous policies. The parents were separated from their children, who were placed with the Department of Health and Human Services (DHHS), which put them in shelters or sought sponsors to take them.

The Washington Times reported, because a federal judge ordered an end to the separation and ordered the families reunited, the government has scrambled to reconnect over 2,000 children separated from parents (who, in some cases, had already been deported).

However, DNA tests prove that over 30 percent of the children accompanying adults seeking asylum have no relation whatsoever, in other words, the children are being trafficked.

The boomerang effect: Left-wing advocacy groups are suing over the “zero tolerance” policy, claiming it is intended to inflict “emotional distress” on the migrant adults and the children.

In February 2019, six illegal alien families filed multi-million dollar claims against the Donald Trump administration over the family separations, saying they need the money to pay for counseling and other medical care to heal from the “torture” they said they suffered. A Guatemalan complainant [woman} says her daughter has nightmares and night sweats, and sometimes blurts out about her being taken away again.

This is the latest effort by migrant-rights groups to punish the administration for the separation of children that inflicted “emotional distress” on the parents and children.

The second scenario: Filing class actions against the government for ignoring the migrants’ medical needs. Disability and civil rights advocates claim in the suits that the detainees are placed in isolation and denied medical treatment.

In August 2019, they filed a lawsuit on behalf of 15 illegal immigrants from Mexico, Sudan, and other countries, who live in eight different facilities, many of whom are fighting deportation. One detainee from the Middle East alleges he was denied a wheelchair, while another one claims he has not been provided with an interpreter. Immigrants said they are placed in isolation as punishment and denied recommended medical treatment and surgery.

Associated Press reported, the attorneys claim that the problems harm disabled immigrants and threaten anyone in one of Immigration and Customs Enforcement’s (ICE) more than 50,000 detention beds. According to the same source, “medical care is provided to all detainees including dental and 24-hour emergency care.”

The future is clear: The immigration detentions centers of today will turn soon into the nursing homes of tomorrow. ICE will have to hand-over their facilities to the DHHS. It seems that, by design, this is the plan. 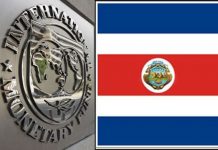