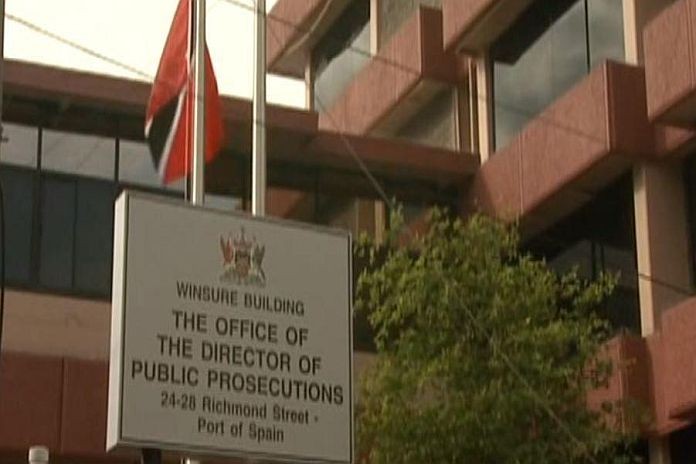 Both were charged in May 2019 over their alleged roles in an alleged multi-million legal fee kickback conspiracy. Similar charges were laid against the State’s main witness British Queen’s Counsel Vincent Nelson who signed a plea agreement with the State to testify against Ramlogan and Ramdeen.

The country is now learning that the “chief investigator” was not the TTPS but rather attorney general Al-Rawi. In the last week, the indemnity document that Al-Rawi gave to Nelson surfaced, giving much cause for alarm over the tenets of this agreement, which includes:

The attorney general has no jurisdiction in negotiating any plea bargain in any type of criminal prosecution which remains the exclusive domain of the director of public prosecutions. Any attempt to engage in any such action must amount to misbehaviour in public office. If the attorney-general did not recommend to the DPP that Nelson not be charged, then by the terms of the said agreement the state will be in breach of the agreement and the State, the taxpayers of this country will have to foot the fine imposed on Nelson by the Court as well as any other damages that he may have suffered.

The actions of Al-Rawi have not only contaminated the evidence in this case but has exposed the malice of this administration and the extent they will go in the unlawful use of executive power to secure the demise of their political adversaries. Al-Rawi’s actions have exposed the wrath of executive unlawfulness that is used by the PNM to silence their political opponents.

Gaspard has denied any knowledge of this plea agreement, saying he was not privy to any discussions which would have taken place before the criminal investigations were conducted. The only agreement Gaspard says he is aware of is the criminal plea agreement.

Why is Gaspard taking such a “casual” approach to the attorney general’s overall interference with the responsibilities and duties of the DPP?

This is the same DPP who in 2011 told the TTPS to “back off” with regards to prosecution in matters related to the State of Emergency, warning that he would “continue to jealously guard his office at all costs” and “no other office holder would be allowed to choose any attorney for me for the prosecution of any matter; that choice remains exclusively mine.”

This is the same DPP who told then-attorney general Ramlogan that there was no proper factual or legal basis to charge Calder Hart; saying that “such a prosecution must be in the public interest.”

Al-Rawi continues to pursue gratification from vanity and egotistic admiration of his own attributes in an attempt to mask his political ego, agenda and gross incompetence. Al-Rawi has been ridiculed by the country’s highest court, the Privy Council.

The United States, through James Lewis QC, told the Court of Appeal in Port of Spain the US government did not have confidence in the office of the attorney general.

This is a very high-profile case the DPP is duty-bound by his mandate, for which taxpayers pay a hefty sum, to ensure justice must not only be done but appear to be done. And the only recourse available to Gaspard at this time, based on the antics and shenanigans of attorney general Al-Rawi, will be to withdraw this prosecution. His actions on this matter and the timeliness of them will say a lot about the independence and integrity of the office of the DPP.

Nation pays tribute to the Windrush Generation and their descendants