In times of emergency, there is the greatest requirement for the government to take steps to save citizens from themselves. This can only be done by employing strategies that are clothed with legality, lawfulness, and constitutionality to allow those in authority to take the necessary action and enforce such action where necessary. The public interest requires always that steps taken to protect the public must always be in accordance with the law and the Constitution.

The actions of prime minister Dr Keith Rowley, in this time of public emergency, while well-intentioned, exposes the abject incompetence of his administration and the attorney-general and the continued ignorance of the present government to the guaranteed rights of citizens.

No one can doubt that our Republic is presently faced with the greatest challenge it has ever encountered now that the ghastly COVID-19 has entered our shores. The risk to the economic health of our nation and the lives of citizens are unprecedented. The results can be catastrophic as we have seen in other developed countries over the past two weeks. These unprecedented circumstances demand that we all work together and put Trinidad and Tobago first. Situations as the present can either make us stronger and more resilient or it could destroy our Republic altogether.

Yesterday, the prime minister outlined the plans of his government to counter the deadly attack of COVID-19. Present at the post-cabinet press conference were the ministers of national security, finance and health. Noticeably absent was the attorney-general.

The prime minister recommended to members of the public several different courses of conduct. What was absent from these recommendations was any lawful basis upon which these conditions could be enforced.

The challenges that the country presently faces require unprecedented action on the part of this government. While moral suasion is always a weapon in the government’s armory, the risk to our citizens calls for decisive and deliberate action. The risk is too great to depend upon the willingness of citizens to abide by “what is best”.

In times of emergency, there is the greatest requirement for the government to take steps to save citizens from themselves. This can only be done by employing strategies that are clothed with legality, lawfulness and constitutionality to allow those in authority to take the necessary action and enforce such action where necessary.

The Keith Rowley-led administration has demonstrated over the past four- and one-half years that the Constitution and guaranteed rights of citizens rank very low in its priority and yesterday was no different. The plans announced by the prime minister clearly ignored the fact that Trinidad and Tobago is a sovereign democratic state, based upon the rule of law, where a written constitution is the supreme law that enshrines and guarantees entrenched fundamental rights to its citizens.

How could measures be recommended to combat this threat to our Republic, the prime minister and the cabinet do not consider that what was being recommended requires the legislative authority to be effective?

In times of public emergency, the temptation is greatest to sacrifice lawfulness and legality on the altar of expediency. It is in these times that our citizens depend more than ever on the State to ensure that their rights are protected because in these times citizens are only too willing to make that ultimate sacrifice to secure any protection possible.

The incompetence of the attorney-general in securing the public interest and providing sound and mature advice to the cabinet when it was most needed was more blatant yesterday than ever before. Faris Al-Rawi parades himself as the “best attorney-general ever.” History will be the judge of that. But it seems clear that his absence from the head table yesterday demonstrates that even his leader recognizes his ineptitude.

What is clear is that the ship of Trinidad and Tobago is rudderless under this prime minister and this attorney-general. Perhaps if the prime minister had engaged the opposition in working together in crafting a way forward in the best interest of our people the obvious would have been pointed out to him.

The Constitution itself makes provision for the manner in which the country’s business is to be lawfully conducted in times of public emergency but this government has demonstrated time and time again, and more so yesterday, that lawfulness, legality, and constitutionality are the antithesis of their policies.

Unfortunately, it is only the innocent citizens who bear the oppression and hardship that results from the poor leadership that we are subjected to by this administration. Trinidad and Tobago surely deserve better. 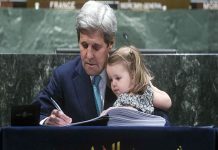 On the inauguration of the new president of the United States 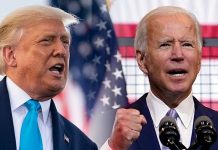 Bousquet’s Bulletin: Whither Trump and Biden after Midday? 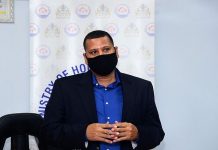