PORT OF SPAIN, Trinidad – The United National Congress (UNC) has announced that candidates for five constituencies have exercised their lawful entitlement to request a recount of the ballots and poll cards of all votes cast in those constituencies.

Meanwhile, the recount is currently underway, “The UNC has received unverified information that preparations are underway to swear-in Dr Keith Rowley and other ministers at President’s House August 14, 2020,” the UNC National Secretariat said in a statement.

“The process for the official reporting of the final election results are set out in the Election Rules under the Representation of the People Act, Chap. 2:01.

“Rule 108(1) of the Election Rules require that once there is no pending request for a check of the results, the Returning Officer must on the seventh day following his declaration make a return of the election results on the Writ of Election, which was issued to him by the president.

“It is only after this process is complete, the chief elections officer (CEO) notifies the Speaker of the House of the names of the elected candidates. Preliminary results are neither official nor final results,” the UNC cautioned.

It is quite clear that the process leading to the official declaration of the results of the 2020 general elections is not yet legally complete.

“The UNC, therefore, trusts that reports of any premature and illegal swearing-in of a new government will be stoutly refuted by her Excellency The President, and by the chairman of the elections and boundaries commission. The population is assured that we continue to have a constitutional and stable democracy in our beloved country,” the UNC National Secretariat affirmed. 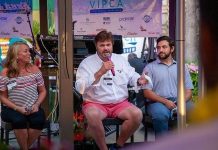