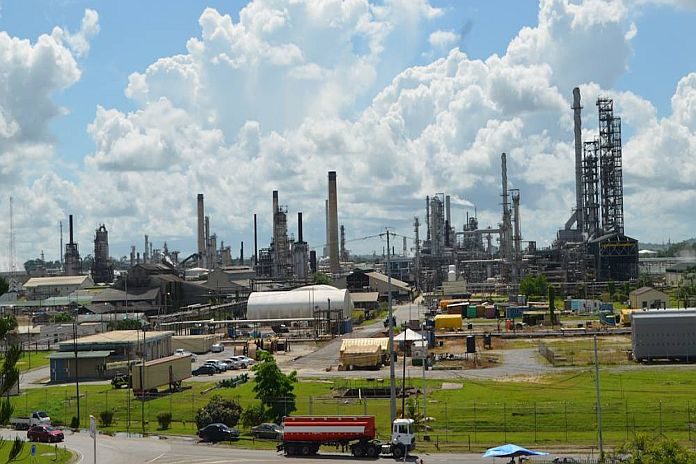 PORT OF SPAIN, Trinidad — The United National Congress (UNC) has called on the Dr Keith Rowley-led Peoples National Movement (PNM) to come clean on Petrotrin refinery sale. Why all the secrecy the UNC asked; while maintaining the position that transparency and accountability are essential in any disposal of public property to private sector entities. In this case – a billion-dollar state asset should not be sold without proper scrutiny.

“We maintain our position that transparency and accountability are essential in any disposal of public property to private sector entities.  Transparency is even more critical now since the office of the procurement regulator is still not operational notwithstanding the law has been passed since 2015,” said the UNC.

In the budget response, leader of the opposition Kamla Persad-Bissessar said, “While we welcome the decision to sell the refinery to Patriotic Energies and Technologies Limited, a company owned by the country’s Oil­field Workers Trade Union (OWTU), we do not trust this government who may, in fact, be setting-up the workers.”

According to government announcements it was granting Patriotic a three-year moratorium on the US$700m purchase price and interest, and a further ten years to pay the US$700m it offered for the refinery.

Patriotic was said to have a month to present a ‘satisfactory and comprehensive’ work plan on how it intends to complete ten key deliverables that will bring the 160,000-bpd refinery back into operation.

The UNC statement said: “We wish to stress, once again, that we are not against OWTU and indeed wish them well, but we continue to call for transparency, full disclosure, and accountability on this refinery deal”, adding “We understand that there is a lot of political capital to be gained from clouding and polluting this issue.”

Here are the facts, said the UNC:

The UNC noted that concerned citizens have filed a constitutional claim against the failure of finance minister Colm Imbert in his capacity as chair of the Joint Select Committee (JSC) on energy affairs to convene a meeting of the JSC for close to two years. The claim is seeking a stay preventing the government from making any further decisions on the sale of the Petrotrin refinery until the matter is determined.

In recent times, finance minister Imbert said the company will now spend a “more realistic” US$500m to refurbish the refinery in the first year; and does not expect the refinery to have the same number of workers as Petrotrin.

“We wish to state categorically that these individuals are pursuing this matter in their private capacity as they are entitled to do,” the UNC added: “Access to the courts for the determination of rights is a fundamental right enshrined in our Constitution.

“We also note that the government rejected a request made by another private citizen for information regarding the sale of the refinery. That private citizen was unjustly attacked and vilified by none other than the prime minister.

“The question arises as to what the Dr Rowley regime is hiding from the population, while presiding over the country’s worst economic blunder – the closure of Petrotrin. We insist that they must be held accountable. A billion-dollar state asset should not be sold without proper scrutiny,” the UNC statement said.