PORT OF SPAIN, Trinidad — Leader of the opposition, Kamla Persad-Bissessar has written to the Speaker of the House of Representatives to indicate that the opposition members of parliament are not prepared to support the nomination of Bridgid Annisette-George as Speaker of the House of the Representatives of the Twelfth Republican Parliament; and has likewise written to president of the Republic of Trinidad and Tobago, advising her of the six  opposition Senators.

In her letter, Persad-Bissessar noted that during the 11th Parliamentary Session, Annisette-George did not exemplify and/or act in accordance with the basic principle which underpins the functioning of a Speaker, that of impartiality.

Persad-Bissessar warned that if Annisette-George fails to recuse herself and/or to step down and/or to withdraw as a nominee for Speaker of the House of Representatives, the opposition reserves the right to raise her conduct on substantive motions before the House and to debate any continuing impartial actions.

The opposition also reserves the right to approach the courts to seek a declaration that the actions on Annisette-George’s part, which are detailed in the letter, that have deprived Members of the opposition benches of their rights to speak in the parliament.

The opposition leader said she trusts that good sense will prevail and that Annisette-George will act in the interests of our nation.

Meanwhile, Persad- Bissessar has written to Her Excellency Paula-Mae Weekes, ORTT, President of the Republic of Trinidad and Tobago, advising her of the six  opposition Senators to be appointed, in accordance with section 40 (1) (b) of the Constitution which states:

“40.- 1. The Senate shall consist of thirty-one members (in this Constitution referred to as “Senators”) who shall be appointed by the President in accordance with this section.

“The opposition in the Senate will be strong, formidable and most importantly they will hold the government to account at every juncture. The opposition bench in the Senate will continue to defend the Constitution and the rights of all citizens against any attempts to thwart their fundamental freedoms. With the appointment of patriots of such a high caliber to the opposition Bench, I remain satisfied that the rights of the people will be assiduously defended.

“The new six opposition Senators appointed will continue to reflect the mandate of the United National Congress (UNC) to bring more people to the decision-making table. I am happy to ensure that qualified citizens are given the opportunity to serve the nation by contributing to good law and holding the executive to account. The UNC remains committed to providing opportunities for young people to lead, as we prepare them for the future,” said opposition leader Persad- Bissessar. 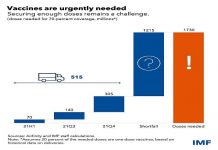 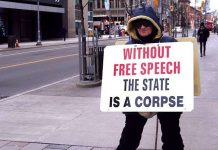