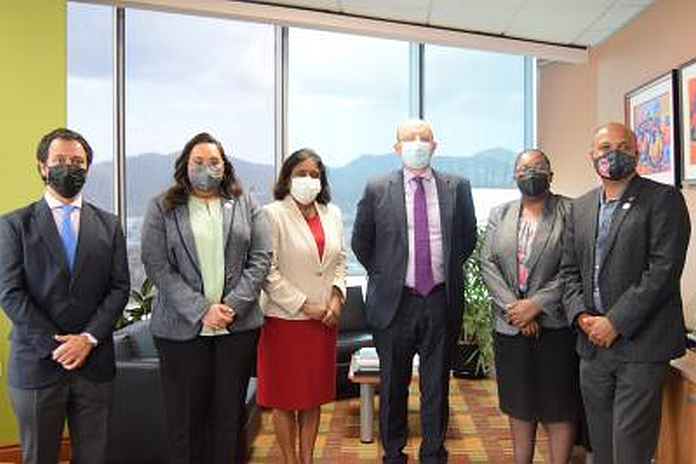 PORT OF SPAIN, Trinidad – Senator Paula Gopee-Scoon, minister of trade and industry recently met with His Excellency Fernando Nogales, ambassador Extraordinary and Plenipotentiary of the Kingdom of Spain at her office in Port of Spain to discuss strengthening trade and investment relations between both countries.

Minister Gopee-Scoon welcomed the prospects for closer collaboration with Spain, on trade and investment, particularly in the non-energy sector, said: “Trinidad and Tobago’s exports to Spain are primarily dominated by energy products, as such we strongly support any opportunity to boost exports of non-energy products”.

One such opportunity discussed, was the possibility of a Trinidad and Tobago Trade Mission to Spain. To this end, His Excellency Nogales noted that Spain is an open economy and expressed keen interest in the expansion of products traded between Trinidad and Tobago and Spain.

Trinidad and Tobago and Spain share a very important trading relationship, with Spain ranking among the top 10 export destinations and the top 25 import sources for the last five years. Trinidad and Tobago has generally been a net exporter to Spain, with exports accounting for 3 percent of total exports to the world. In 2021, Trinidad and Tobago’s exports to Spain were valued at TT$1.25 billion, which was 26 percent greater than exports for 2020 (TT$990 M) and were primarily dominated by products such as liquefied natural gas, methanol and urea.

On the import side, trade has been fairly stable over the last five years, with products valued at TT$284 million in 20211. The top imported products included iron/steel equipment, medicaments, ceramic tiles and virgin olive oil.

As both countries aim to deepen their bilateral investment relationship, discussions also focused on Trinidad and Tobago’s wide range of sectors open for investment, including agriculture and agro-processing, manufacturing, tourism, maritime services – ship repair and dry docking, financial services, logistics and distribution as well as the creative industries.

Minister Gopee-Scoon and His Excellency Nogales agreed to continue to work together to identify ways to strengthen bilateral relations between Trinidad and Tobago and Spain, as well as promote areas of trade and investment for both countries.

Guilt, Gender, and an Inclusive Recovery: A Lesson from Japan