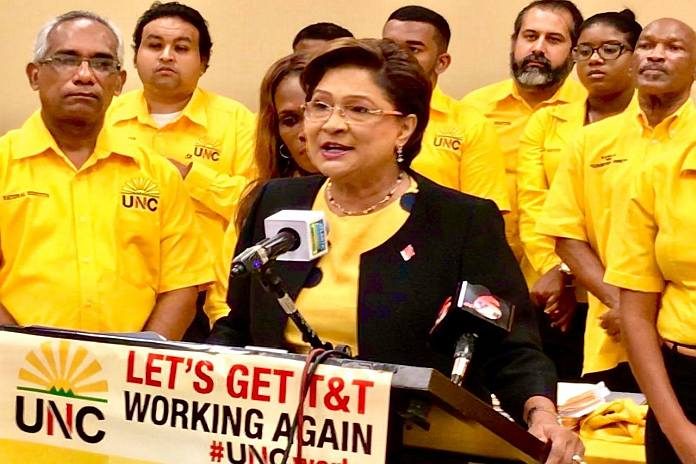 After the 2016 local government election, I noted the performance of the United National Congress (UNC). “Here was a party banished by the electorate into the wilderness of opposition, struggling to find its way, a demoralised group after 2015, the Partnership shattered, the UNC threatened by disarray in the internal leadership elections that factionalised the party.

Like the People’s National Movement (PNM) after their crash in 2010, the UNC had to come back from almost ground zero.” And they did. I said the UNC had “emerged from darkness”, gave “kudos to Kamla” and asked, “is this another turning point in the politics of Trinidad and Tobago?”

The PNM had focussed on winning Sangre Grande and Siparia but the UNC won Sangre Grande convincingly with five of the eight seats; and not only retained Siparia but improved their majority from 5/4 to 6/3. And from no seats in San Fernando, they won three this time and, significantly for the coming general election, also won the majority vote. They also got complete control of the Princes Town Corporation, and increased their tally in Tunapuna/Piarco, Chaguanas and Rio Claro/Mayaro. An Express editorial says the UNC has won “the bragging rights”.

The campaign strategies of the parties were different. The PNM ran a massive campaign on the airwaves. You couldn’t escape it. The UNC was hardly there until the last week and only spasmodically. But they were “on the ground”. And it worked, raising questions about the efficacy of pouring millions into election advertising in this small society.

The speeches of the political leader constituted another important UNC strategy. There was that address at a meeting in Sangre Grande with impressive plans for the modernisation of the area. But even more significantly, Kamla continued from the Budget debate when she presented a plan for the economic revitalisation of Trinidad and Tobago. She used the election platforms to elaborate on her plan and brought significant substance to the UNC campaign. She would do well to continue this trend especially since the floating vote will be listening before deciding which party and leader they want to manage the country for the next five years.

The PNM will undoubtedly engage in reassessment. They had aimed for a big win. But their campaign theme, “Getting it done”, did not resonate. Getting what done, people were asking. The economy is in decline with job losses and business closures, including the Petrotrin refinery, the most disastrous decision in our history that hurt 10,000 people directly and indirectly.

Social decay is rampant, unprecedented murders under their watch, domestic violence, child abuse, student hooliganism, cultural degeneration, and increasing incivility and crassness; and headed by the judiciary and government departments, institutional dysfunctionality leaves citizens frustrated and cheated of their just due. Amidst this glaring underperformance, people felt insulted by the PNM’s attempts to brainwash them through massive advertising. People were offended by the millions being spent while thousands struggled in these hard times.

The PNM must rethink, though it is hard to see what they can do. Achievement is what you highlight after five years in office and after they would have spent $200 billion and taken the public debt to over $120 billion, what do they have to show for it? And they can’t come with promises of future performance. The population would ask, why didn’t you do it in the last five years?