The election clock alarmed noisily, and without any snooze control, in Guyana recently and forced many people, including the leaders of that country and many others regional and international, out of their extremely comfortable posture-pedic beds of roses.

Suriname had its anxious moments and in St Kitts and Nevis there are six petitions before the court for alleged election offences.  An election is imminent in Jamaica (September 3, 2020) and there is already bad-blood, sparring, and jockeying for positions in Saint Lucia. You would think that after so many years of “self-government” we would have become accustomed to the poli-tricking of the parties and the poli-nitpicking of the candidates as they tear into one another’s plans, policies, projects and personalities.

Yet, despite questions about income sources and the huge expenditure on “construction” projects, considered by the World Bank to be the major mechanism for paybacks to politicians and financiers throughout the Third World, no candidate in any election in the Caribbean ever lost because of corruption, either proven or alleged. Worse, to be a womanizer is the greatest accolade any of the male leaders can receive and makes them almost sure winners as Eric Gairy, Forbes Burnham and others closer to home have proven.

There are people who believe that the only way to combat criminals is by not voting for them and that parliamentary terms should move from five to twenty years without any possibility of parole or time-off for good behaviour. However, when there are elections, especially like the one coming up in the United States in November, the big problem is that someone will win. As one of my friends said about the recent elections in Trinidad, if God had wanted us to vote, he would have given us candidates.

Recently, I was going through my humour library when I found a book of “Great American Anecdotes” with a section on “The Rules Of The Game” of politics. The chapter starts with a quote by former US Senator, Eugene McCarthy, “Being in politics is like being a football coach. You have to be smart enough to understand the game – and dumb enough to think it is important.” You also have to know how to be economical with the truth. As Richard Nixon said, “If you can’t lie, you’ll never go anywhere.”

Lying is at its best when candidates for elections go “bigly” for the primary and most applied rule, “Don’t be afraid to create your own myths.” In Nixon’s case, one of his cousins spilled the beans, “The idea that the key to Nixon was his early poverty is ridiculous. The Nixons had a grocery store, two cars and sent their son (Richard) to college. By some, they were considered rich.” Lyndon Baines Johnson (LBJ) was taking a group of reporters on a tour of his ranch and came to a forlorn shack. His voice cracking with emotion, he said it was his boyhood home. Then his mother corrected him loudly, “Now, Lyndon, you know we had a nice house over on the other side of the farm.” LBJ once told reporters that his great-great-grandfather died at the battle of the Alamo with people like Jim Bowie. Eventually, the fact-checking proved that the old man had died peacefully at home in bed.

Jesse Jackson boasted, “I used to run bootleg (illegal) liquor, bought “hot” clothes. I had to steal to survive.” It turned out to be as bad as Nixon’s and LBJ’s lies. His father, a postal worker who married Jackson’s mother, a beautician, and adopted the two-year-old Jackson responded, “We were never poor… And my family never went hungry a day in their lives.” Donald Trump is even worse.

In an interview with CNN’s Anderson Cooper, Trump’s biographer Michael D’Antonio claims Trump has been lying since he was a child, boasting “he was named the ladies’ man at a high school that had no women at it … he has been doing this forever.” More than a year ago, a Financial Times article by Stephen Grosz pointed out, “We all lie, but we don’t lie like president Trump. He is the most extravagant, reckless, inexhaustible fibber of our era — the panjandrum of porky pies …” Grosz tells the weirdest Trump story of all, “Between 1980 and 1990 Trump spoke to some reporters pretending to be a ‘John Barron — spokesman for Donald Trump’. During these conversations, Barron would praise Trump — inflating his wealth and business success, describing how beautiful women were sexually attracted to Trump, and so forth.” Worse, in 2006 Trump and Melania named their only child “Barron”.

While there are concerns about how to deal with the media, there are no rules- only examples. President Truman was the underdog in the presidential election of 1948 which he won despite his opponent, Thomas Dewey, being picked by the political press as the winner.

He remarked, “I know every one of those men. Not one of them has enough sense to pound sand in a rathole.” When it was leaked to the media that president Gerald Ford made his own breakfast, the media turned up in force and “the nation reveled in the fact that Ford knew the ins and outs of the White House toaster.” When the Sandinistas fired on a press helicopter, president Reagan admitted, “There’s some good in everyone.” The best was by George Bush who, after his dog Millie had puppies, said, “You may have read that the pups are sleeping on The Washington Post and The New York Times. The first time in history that those papers have been used to prevent leaks.”

My favourite “rule” is “Never overestimate the intelligence of your audience.” George Smathers won a Florida Senatorial election by supposedly “bad-mouthing” his opponent, Claude Pepper, as “known all over Washington as a shameless extrovert.” Smathers also claimed that Pepper, was “reliably reported to practice nepotism with his sister-in-law and has a sister who was once a Thespian in Greenwich Village.  Worst of all, it is an established fact that Pepper, before his marriage, practiced celibacy.”

* Tony Deyal was last seen saying that he agreed with Thomas Dewey, especially in the case of Donald Trump and several Caribbean politicians, that “Our future lies before us.” 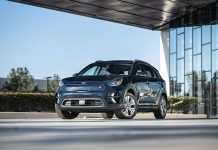 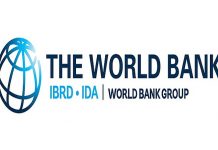 The polarising and most divisive government in Trinidad and Tobago