As they are preparing to exit the White House and the State Department on January 20, the outgoing Donald Trump administration has planted some explosives for the foreign policy of the government of Joseph Biden Jr.

A grenade has already been thrown into policies that Antony Blinken, Biden’s nominated Secretary of State, might pursue in relation to Cuba and, consequently, the Caribbean region.

In the dying days of his tenure as Secretary of State and only nine days before Blinken takes over the reins of US foreign policy, Mike Pompeo placed Cuba on a list of State Sponsors of Terrorism that the US draws up unilaterally.

As the Non-Aligned Movement (NAM) stated on January 13, the listing of Cuba as a sponsor of state terrorism is “baseless”. Caribbean Community (CARICOM) heads of government on the same day were unequivocal in their view that “Cuba’s international conduct does not in any way warrant that designation”.

In pursuing this pugnacious policy against Cuba, including unravelling the painstakingly weaved policy of the previous Obama administration to try to normalize relations between Cuba and the US, Trump’s government is seeking to maintain the support of Cuban-Americans in Florida both for raising money for his political activity in the coming years and to be able to deliver the state for a presidential candidate he favours – maybe even for himself in 2024. As Juan Gonzalez, the incoming senior director for Western Hemisphere in the Biden National Security Council, has pointed out, securing Florida for the 2020 presidential election was the principal motivation of Trump’s Cuba policy throughout his term in office.

Little publicized is a corollary of the Trump-Pompeo Cuba policy for the countries of CARICOM. Less than a month ago, the US government sent a questionnaire to Caribbean countries. The answers will be used to compile its annual Trafficking in Persons (TIP) report that is submitted to the US Congress. The December questionnaire included a new and sinister section related specifically to workers from China and Cuba.

In relation to Cuba – from which every Caribbean country has sought and received – vital help through the provision of medical personnel, the US asks questions which are entirely the business of a sovereign State, or the business of sovereign States which have entered contracts. The questions intrude glaringly on State rights. Were the same questions put to the government of the US, it would quite rightly firmly reject the very audacity of asking them.

Trafficking in persons is a very troubling activity. It is one that every country should combat vigorously. In this regard, it is true to say that Caribbean countries have worked diligently with the US to try to stamp out the activity, related to what amounts to modern-day slavery in its worse form, and at its best to the criminal exploitation of vulnerable persons, particularly women and girls.

However, this attempt by the outgoing Trump administration to include Cuban medical workers and professionals, serving Caribbean governments, is an attempt to politicize an otherwise noble cause. The objective appears to be the classification of Cuban medical personnel as ‘trafficked persons’, thereby implicating both Cuba and Caribbean governments in criminal activity. The latter would be the weaponizing of a policy against countries that discards cooperation against crime and replaces it with coercion.

The implications of this are quite serious and will be a priority of the work of Caribbean countries with the Biden administration and the US Congress because of the dangers posed to them.

Under the US TIP Act, the non-trade related, and non-humanitarian assistance can be withdrawn from any country considered not to be in compliance “with minimum standards for the elimination of trafficking” and “is not making significant efforts to bring itself into compliance with such standards”. Of course, the determination of what is “minimum standards” and “significant efforts” is made entirely by officials of the US government.

Every year, the TIP report classifies countries from Tier 1 (the most acceptable) to Tier 3 (the least acceptable). Of the 14 independent CARICOM countries, two of them – The Bahamas and Guyana – were listed in 2020 at Tier 1. Seven countries were in Tier 2. These were: Antigua and Barbuda, Haiti, Jamaica, Saint Lucia, St Vincent and the Grenadines, Suriname and Trinidad and Tobago. On the Tier 2 Watch List were Barbados and Belize. For unclear reasons, Dominica, Grenada, and St Kitts and Nevis appear in none of the Tiers. In the event, no Caribbean country is at the worst level – Tier 3.

However, if the presence of Cuban personnel in CARICOM countries becomes a criterion for the US to unilaterally declare a human trafficking offence, this will injure US relations with CARICOM countries for no good reason, since US security and US values are not threatened in any way.

The addition to the US TIP questionnaire of a section on Cuban and Chinese workers fitted well with the anti-China, anti-Cuba stance of the Trump administration to serve its domestic political agenda.

How much of this booby trap left for the Biden administration is known to its incoming State Department and National Security teams is not clear, but the Caribbean must regard advising them as a priority. The next US TIP report will be published and sent to the US Congress in June.

The US publication, foreign policy, recently quoted a US official as saying that Pompeo’s team is engaged in “parting shots deliberately aimed at hampering the incoming administration’s foreign policy”. Where the Caribbean’s interests are affected by those “parting shots”, the region must act in unity to safeguard them. 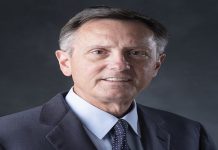 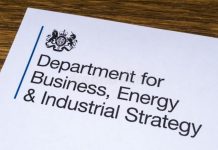