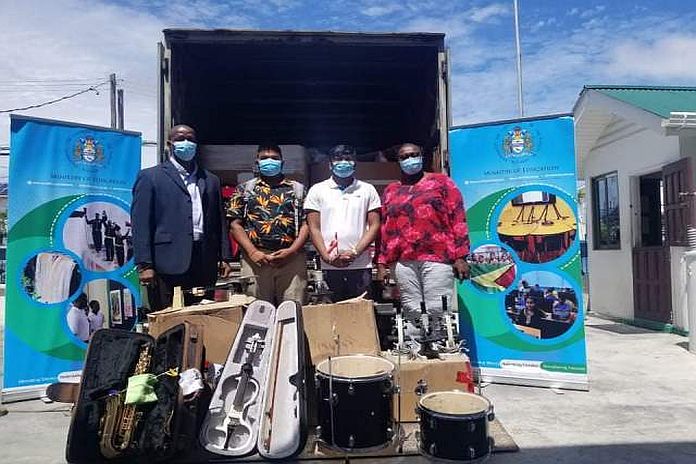 Tapping into her network in Canada where she lives, professor Persaud was able to procure drum sets, violins, saxophones, microscopes, telescopes among other equipment. The items are valued at $18 million and will be donated to Berbice High School (BHS), J.C Chandisingh secondary, Abrams Zuil Secondary, Anna Regina Multilateral, Cotton Field Secondary and the University of Guyana.

In an invited comment, the professor said the institutions reached out to her at different levels for assistance and she immediately agreed to assist. Professor Persaud said as someone who has intimate knowledge of the importance of music and science in education, she purposed to ensure she was able to deliver for the institutions. She said when she approached persons and organisations to secure the equipment they readily donated. Notwithstanding the benevolence of individuals, the scholar said she bought many items and she was satisfied that she did. 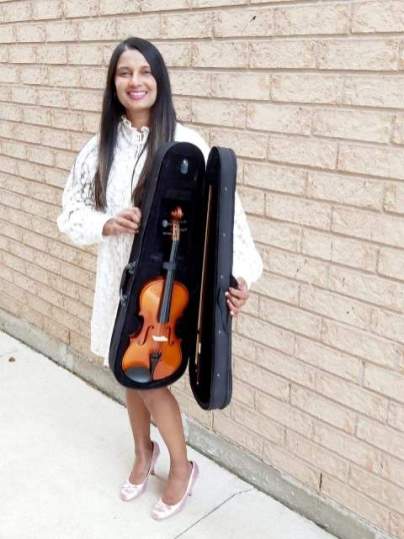 According to the Professor, her satisfaction is rooted in the fact that music provides an outlet for students and it builds self-confidence. Further, she explained that music also helps with self-esteem and has therapeutic benefits. With satisfaction, the Guyanese-born scholar said that she is aware that many students will for the first time be playing the saxophone and the violin and this will serve as an avenue for brain development. With regards to the science equipment, she said these will create greater interest in science and will facilitate hands-on learning.

The minister of education Priya Manickchand expressed on behalf of the MoE her gratitude to professor Persaud and the other donors who contributed immensely to make the venture a reality for the institutions and students. At the handing over exercise to representatives of the institutions at the ministry of Education’s 26 Brickdam office on Friday last, permanent secretary,  Alfred King said the donation will improve the delivery of the Fine Arts and Sciences in these institutions. The permanent secretary said that it is the intention of the MoE for more students to complete programmes in Fine Arts and to go on to pursue careers in this field.

According to the headteacher of BHS, Coleen Liddell, the donation is a timely one and will now expose the students at the school to new types of musical instruments. Similar sentiments were expressed  Ajay Jailall, a teacher of Abrams Zuil Secondary who collected on behalf of the Region Two schools and  David Brigbmohan, head of the department- unit of Allied Arts at J.C Chandisingh Secondary School.