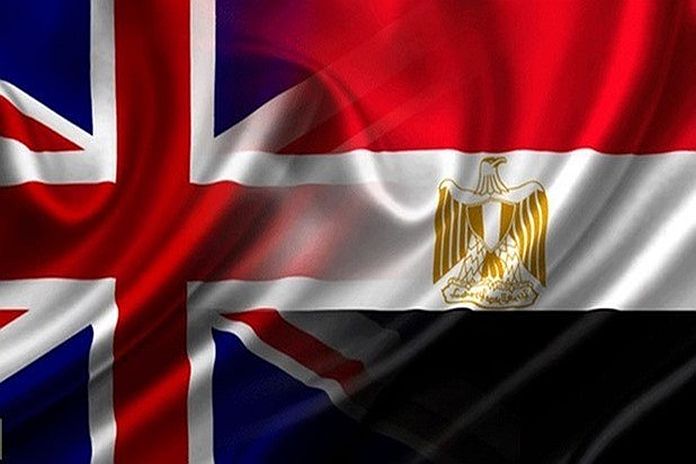 “The agreement will allow British businesses and consumers to benefit from continued preferential access to the market after the end of the transition period – which will help boost vital trade and investment. In addition to securing trade, the agreement provides a framework for cooperation and further development of political, economic, social and cultural links. The UK is committed to strengthening its relationship with Egypt and building co-operation on important issues including education, the environment and human rights.”

Foreign Secretary Dominic Raab said: “This agreement highlights the strength of the UK-Egypt partnership, and reflects our shared ambition to build our cooperation on a range of important issues. Stronger trade links and more investment will grow our economies and help both our countries build back better from the impact of the coronavirus pandemic.”

According to the release, “ The agreement will provide tariff-free trade on industrial products, as well as liberalisation of trade in agriculture, agri-foods and fisheries which will make trade easier and deliver significant savings to businesses in both the UK and Egypt. Total trade on goods and services between the UK and Egypt was worth £3.5 billion in 2019, which we will seek to expand.”

International trade secretary, Liz Truss said: “This agreement is a clear signal of the UK’s enduring commitment to our close bilateral relationship with Egypt and will help strengthen trade and investment ties in the future. It will help provide both British and Egyptian businesses with new opportunities and provide them with the certainty they need to keep trading. The UK remains committed to securing deals that support British jobs, deliver significant savings and help drive the post-COVID-19 recovery.”

Egypt is an important market for UK exports worth £2.3 billion in 2019 (£1.5 billion in goods exports, £0.8 billion in services exports). Major goods exports to Egypt last year included metal ores (£235 million) as well as medicinal and pharmaceutical products (£111 million). Consumers and businesses will continue to benefit from more choice and lower prices on goods imported from Egypt. Major imports to the UK in 2019 included intermediate electrical goods (£193 million), and vegetables and fruit (£160 million).

General manager at GlaxoSmithKline (GSK) North Africa, Nabil Besri said: “As a large British healthcare company in Egypt, GSK Consumer Healthcare welcomes the signature of this trade agreement between Egypt and the UK. This important agreement will undoubtedly ensure the continuity of the strong business partnership between our two countries and allow British investors to continue to benefit from a strong and healthy investment environment in Egypt. We continue to be very optimistic about the future development opportunities in Egypt and look forward to more growth under the terms of this agreement, serving the interests of both the British & the Egyptian economies.”

Anthony Pile, chairman at Blue Skies Holdings said: “As a British business that has invested significantly in Egypt over the last 18 years, a continuation of the free trade agreement between Egypt and the UK is of critical importance to Blue Skies. The agreement is vital to securing jobs, prosperity, sustainability and indeed driving much needed economic growth in both Egypt and the UK. Now, more than ever in the current international climate, we need the security of a seamless continuation of free trade to safeguard the future of our business.”