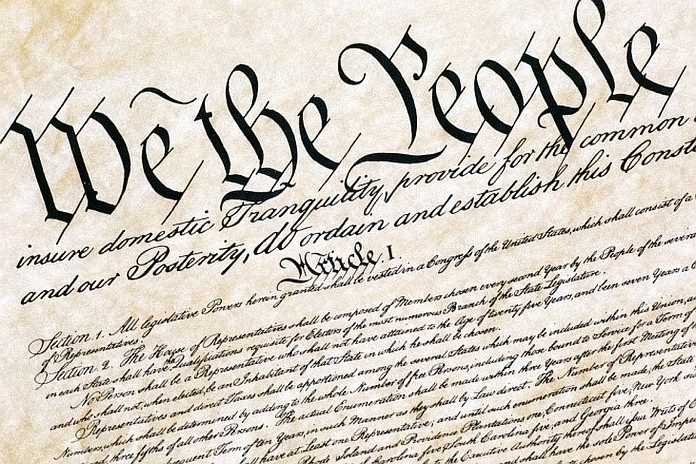 Having seen the performance in parliament by the Unity Labour Party (ULP) regarding the recent special warrants, farce I decided to take a look at what is happening.

I read a book on the subject of breaking the constitutional rules, as explicitly laid out in the constitution. ‘The Tyranny of Good Intentions’ by Paul Craig Roberts and Lawrence M. Stratton emphasizing the influence of William Blackstone’s “Rights of Englishmen.” The backbone of the British legal system that once was the envy of the world. Unfortunately in such places as Saint Vincent and the Grenadines, laws have gradually got bastardized. Some laws have even been made that are made to protect the wrongdoings of the ULP and some of its supporters against prosecution.

Unfortunately, the rule of law in Saint Vincent and the Grenadines has evaporated into the practice by the lawbreaking ultra left-wing political ULP. It should be against the law for the government to break the law. Unfortunately, it is not. In the early twenty-first century internationally, a long-standing dirty little secret still exists among public officials, politicians, judges, prosecutors, and police. The government is not bound to obey its laws. They can make others follow constitutional rules, but no one can make this government do the same. Of course, unless the matter is brought to the house to be voted on, and two-thirds of the house supporting the motion.

Not a constitutional matter, but a major law, which has been adopted by almost every country worldwide, ‘PACE,’ was removed from the statute books of SVG by the ULP. PACE ensured that the accused were treated properly during an arrest, questioning and pre-trial internment. It ensured the police behaved in certain ways, and their behavior monitored.

ULP government officials at all levels routinely violate the law, commit felonies, tell lies, treat citizens in ways contrary to human rights. Citizens have had their businesses destroyed for simply changing support from ULP to NDP, revenge, which includes cruel and malicious treatment. Government ministers and MPs have behaved in such ways, so cynical as to destroy the confidence that any of us could have in the law. It’s common for the SVG police to force guilty pleas from the so-called accused by beating them and threatening physical violence. In doing so, the police under ULP jurisdiction, are often given honors and awards and even promotion.

Land has been taken for Argyle airport, and the owners have not been paid, the government has found ways of frustrating the owners from receiving payment.

It’s also common practice for the police to obtain search warrants under doubtful means to be able to make fishing trips in people’s homes and business premises to try and find not just evidence of lawbreaking, but also political evidence for politicians. Here is how it works. The police write a warrant which states the reason for searching the said premises are

1/ search for arms and ammunition

2/ search for illicit and illegal drugs

The magistrate signing has to give them the signed warrant because of the first two items listed in the warrant. But the police are only looking for the last two items, paperwork and electronics [files and letters, computers and storage devices]. They are on a fishing trip. They do not even need a warrant if they have reason to believe the premises contain arms and ammunition and drugs. So many of the police searches are illegal searches made against a warrant containing false statements to the magistrate. Most of these illegal searches are carried out under political orders wrapped up to make them look like criminal matters. The police play the game and take the orders and do the dirty political work.

I wonder, if there is something highly illegal about these original payments for which the special warrants were required, otherwise wouldn’t they have been declared a long time ago. My mind goes to prime ministers’ broadcast statement about continuing the work of Maurice Bishop? Was this an attempt to not keep two sets of books, but to keep one set and simply discard the rest?

The New Democratic Party (NDP) should demand an enquiry after all this was an extremely serious breach of the constitution. It’s like robbing a bank and admitting doing it four years later, expecting no consequence for committing the original crime.

There are absolute oodles of case law and procedures in and throughout the Commonwealth. Perhaps even advice from the Commonwealth legal department should have been initially requested by the NDP.

Going into parliament and trying to make good a breach retrospectively is simply not good enough because the breach, in this case, was long out of date for rectification. It was quite obviously a deliberate breach; the figures are too great to be forgotten matters. If payment had been sought at the time of payment the opposition could have had a transparent view if the payment was completely bonafide, with corrective action five years after the event they have little possibility of proper investigation.

It, was not until the NDP complained, that any action was taken in trying to rectify this matter. But what would have happened if the NDP had not brought it to the attention of Parliament? Would it all have been lost in time? Or continued to be hidden from view? Some of the payments may be for events that never happened and the money stolen.

There are some specific articles in the Vincentian Constitution

(2) A bill to alter any of the provisions of this Constitution or of the Supreme Court Order shall not be regarded as being passed by the House unless on its final reading the bill is supported by the votes of not less than two-thirds of all the Representatives.

(4) The provisions of paragraph (b.) of subsection (3) of this section shall not apply in relation to any bill to alter-

(6) In any referendum for the purposes of this section the votes shall be given by ballot in such manner as not to disclose how any particular person votes.

(7) The conduct of any referendum for the purposes of this section shall be the responsibility of the Supervisor of Elections and the provisions of subsections (4), (5) and

(8) a. A bill to alter any of the provisions of this Constitution or of the Supreme Court Order shall not be submitted to the Governor-General for his assent unless it is accompanied by a certificate under the hand of the Speaker that the provisions of subsection (2) of this section have been complied with and, where a referendum has been held in pursuance of subsection (3)(b.) of this section, by a certificate under the hand of the Supervisor of Elections stating the results of the referendum.

Original jurisdiction of the High Court in constitutional questions.

(2) The High Court shall have jurisdiction on an application made under this section to determine whether any provision of this Constitution (other than a provision of Chapter 1 thereof) has been or is being contravened and to make a declaration accordingly.

(3) Where the High Court makes a declaration under this section that a provision of this Constitution has been or is being contravened and the person on whose application the declaration is made has also applied for relief, the High Court may grant to that person such remedy as it considers appropriate, being a remedy available generally under any law in proceedings in the High Court.

(5) A person shall be regarded as having a relevant interest for the purpose of an application under this section only if the contravention of this Constitution alleged by him is such as to affect his interests.

(6) The rights conferred on a person by this section to apply for a declaration and relief in respect of an alleged contravention of this Constitution shall be in addition to any other action in respect of the same matter that may be available to that person under any law.

(7) Nothing in this section shall confer jurisdiction on the High Court to hear or determine any such question as is referred to in section 36 of this Constitution.

(2) Where any question is referred to the High Court in pursuance of this section, the High Court shall give its decision upon the question and the court in which the question arose shall dispose of the case in accordance with that decision or, if the decisions is the subject of an appeal to the Court of Appeal or to Her Majesty in Council, in accordance with the decision of the Court of Appeal or, as the case may be, of Her Majesty in Council.

So there was provision but were they properly acted on by the NDP, were they harsh enough? Were they too forgiving? 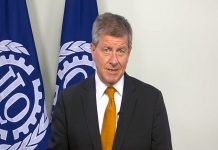 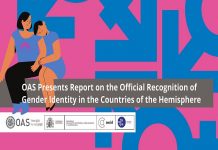 OAS presents report on gender identity in the hemisphere

Academic cooperation with Latin America and the Caribbean