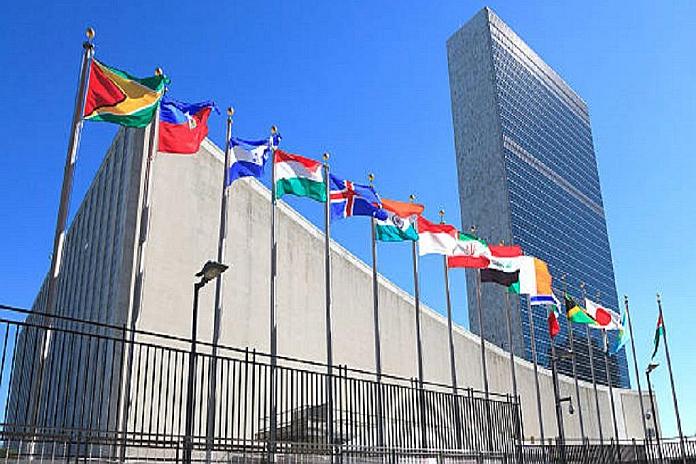 NEW YORK, USA – The updated Global Humanitarian Response Plan, launched on Thursday, provides help and protection that prioritize the most vulnerable in society, such as older people, people with disabilities, and women and girls. Humanitarians are seeking nearly $7 billion to protect millions of lives and halt the spread of COVID-19 in more than 60 of the world’s most fragile countries.

Speaking ahead of the launch event, UN Humanitarian Coordinator Mark Lowcock warned of a significant rise in conflict, hunger and poverty, as well as looming famine, unless action is taken now.

“If we do not support the poorest people – especially women and girls and other vulnerable groups – as they battle the pandemic and impacts of the global recession, we will all be dealing with the spillover effects for many years to come. That would prove even more painful, and much more expensive, for everyone”, he said.

COVID-19 has now reached practically every country on the planet, with the World Health Organization (WHO) reporting more than 3.6 million cases and over 251,000 deaths as of Thursday. However, humanitarians believe the peak of the disease in the world’s poorest countries is expected to hit within the next three to six months.

The impact is already being felt, with incomes plummeting and jobs wiped out. Meanwhile, food supplies are falling as prices soar, and millions of children are missing out on routine vaccinations and school meals.

The World Food Programme (WFP) is among the UN agencies and partners responding to the immense needs, reaching nearly 100 million people on any given day.

“You can imagine what happens if the economic deterioration continues and if the supply chain breaks down. It will be catastrophic,” said David Beasley, the WFP executive director.

The $6.7 billion Global Humanitarian Response Plan calls for swift and determined action to stave off the most debilitating effects of the pandemic in 63 low and middle-income countries.

While most of these nations have low COVID-19 caseloads, their surveillance, laboratory testing and health systems are weak, according to WHO.

Speaking during the launch, Dr Michael Ryan, executive director of the UN agency’s health emergencies programme, underscored the need to maintain vaccination and other essential health services during the crisis.

“Tackling the pandemic while continuing to provide lifesaving and essential health services in places where infrastructure is at best limited and often destroyed, health systems are already at breaking point, and where health care workers and communities may be facing conflict and other emergencies – this is an extremely challenging task,” he said.

The updated plan builds on an earlier appeal made by the UN secretary-general in late March which called for $2 billion. António Guterres urged donors to step up support to stop the new coronavirus from circling back around the globe.

“Humanitarian aid is not just a moral imperative; it is a practical necessity to combat the virus”, he said in a video message. “If COVID-19 wreaks havoc in the poorest places, we are all at risk”.

The initial plan has netted $1 billion which has been used to install handwashing facilities in refugee camps and other vulnerable places, and to provide countries with medical supplies such as gloves, surgical masks, N95 respirators, and testing kits. New transport hubs for delivering supplies by air have also been established, while nearly two million people worldwide, including health workers, have been trained in virus identification via an online portal run by WHO.

As UN relief chief Lowcock stated, responding to the crisis cannot be ‘business as usual’. He told the launch event that “extraordinary measures are needed, reflecting the extraordinary problem we face.”