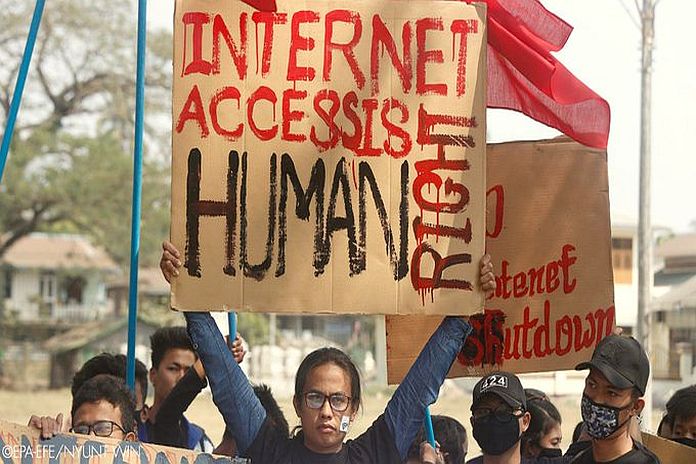 NEW YORK, USA – An independent UN human rights expert has called on the government and military of Myanmar to stop persecuting opposition supporters, including journalists and student protesters, ahead of next week’s general elections.

Thomas Andrews, UN special rapporteur on the situation of human rights in Myanmar, said that the government has set a “laudable standard” for the upcoming election – that they be free, fair, and reflect the will of the people.

“But this cannot happen as long as it is enforcing laws that undermine the very lifeblood of democracy, and the right to vote is denied based on race, ethnicity of religion as it is with the Rohingya.”

The polls are to be held on 8 November.

Andrews also said that Myanmar’s military, known as the Tatmadaw, “is using the Penal Code, enacted by the British in 1861, to lock up journalists, students and others for exercising their basic right to free expression.”

“Their crime? Their willingness to criticize the government and military.”

Other laws, such as the Peaceful Assembly Act and Telecommunications Law are being enforced in a way that infringes on the rights to freedom of expression, association and freedom of the press, he added.

The Special Rapporteur also stressed that the election campaign is providing a “clear and compelling illustration of why and where reforms are needed to move democracy forward in Myanmar.”

The government should lift its censorship of candidates seeking access to state media – one of the few options available to reach voters in light of COVID-19 restrictions, he said, explaining that messages for voters through state media require government approval, including critical messages.

“I have heard from opposition political parties that they are being denied access to state media and their messages are being censored for criticizing government policies. This is unfair and denies voters information that they need to make informed choices on election day.”

The Special Rapporteur also criticized the voter information app “mVoter2020” from the Union Election Commission, which identifies the race and religion of candidates.

It also refers to Rohingya candidates by the derogatory term “Bengali”, the usage of which was determined by the Independent International Fact-Finding Mission on Myanmar as a tool of systematic oppression and persecution.

“This is not only wrong, it is dangerous,” said  Andrews.

He also denounced the Union Election Commission for cancelling elections for more than a million Myanmar voters over security concerns.

“The lack of transparency of the Commission’s process, and its apparent failure to consider alternatives, has predictably led to charges that their decision was more about politics than security.”

Independent observers have warned that this will have a significant, detrimental impact, particularly in the Rakhine province, “an area that cannot afford to have more fuel added to an already escalating fire,” he said

“We must be prepared to stand with the people of Myanmar during this critical time as we work with them to advance the principles and values enshrined in the Universal Declaration of Human Rights,” added the human rights expert. “They deserve nothing less.”

Special Rapporteurs are part of what is known as the Special Procedures of the Human Rights Council. The experts work on a voluntary basis; they are not UN staff and do not receive a salary. They are independent from any government or organization and serve in their individual capacity.

The mandate of the Special Rapporteur on the situation of human rights in Myanmar was first established in 1992 under the then Commission on Human Rights resolution 58, and extended annually. The mandate was broadened in 2014 (Human Rights Council resolution 25/26) and 2016 (resolution 31/24).

The question hanging over Guyana’s next phase of Oil development