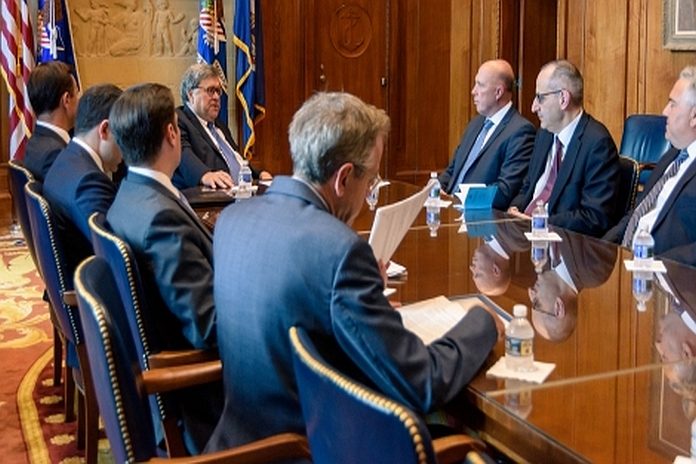 WASHINGTON, USA — The United States and Australia and have entered into formal negotiations for a bilateral agreement under the US Clarifying Lawful Overseas Use of Data Act (the CLOUD Act), as the first step towards significantly boosting law enforcement cooperation between the two allies, with strong protections for rule of law, privacy and civil liberties.

“This agreement, if finalized and approved, will allow service providers in Australia and the United States to respond to lawful orders from the other country without fear of running afoul of restrictions on disclosure, and thus provide more access for both countries to providers holding electronic evidence that is crucial in today’s investigations and prosecutions.”

The attorney general also noted that the conclusion of an executive agreement with Australia will strengthen public safety for both countries.

“The United States looks forward to working with the Australian government on this agreement, which will enhance each country’s ability to fight crime by allowing faster access to data needed for quick-moving investigations.  By increasing the effectiveness of investigations and prosecutions of serious crime, including terrorism, in both countries, citizens of both countries will be safer.”

Minister Dutton said Australia was very pleased to have taken this step.

“Last year, Australia congratulated the United States for its leadership in passing this legislation, which recognized that timely access to electronic information held by US-based service providers is critical to efforts to combat serious crime,” said Dutton.

“Current processes for obtaining electronic information held by service providers in other countries risk the loss of evidence and unacceptable delays to criminal justice outcomes. When police are investigating a terrorist plot or serious crime such as child exploitation, they need to be able to move forward without delay, but within the law – and the CLOUD Act strikes exactly that balance.  This is the way of the future between like-minded countries.

We have some way to go before the agreement is finalized, but once in place, it will mean service providers based in the United States can respond directly to electronic data requests issued by our enforcement agencies under Australian law for data critical for the prevention, detection, investigation, and prosecution of serious crime.”

While this electronic data can currently be sought through the mutual legal assistance (MLA) process, the CLOUD Act provides an alternative expedited framework for obtaining the data. The number of MLA requests for electronic information held by service providers in the United States has increased dramatically in recent years, straining resources and slowing response times. The CLOUD Act addresses delays in the MLA process by providing a new route for trusted partner countries to obtain electronic data.

WHO – UNICEF call for assistance to deliver critical health supplies...