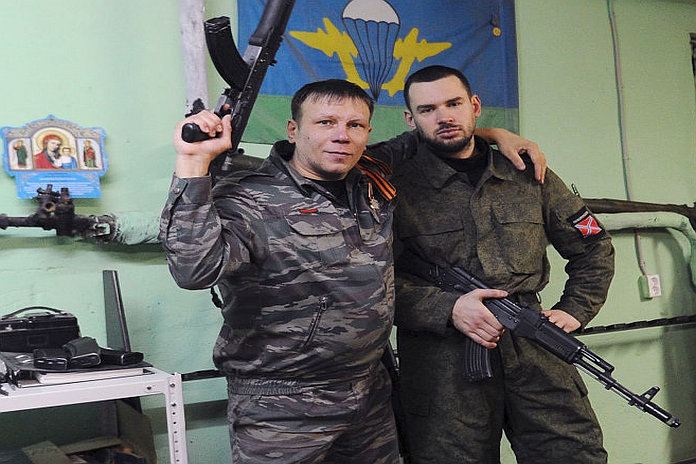 As president Donald Trump has said, “In one voice, our nation must condemn racism, bigotry, and white supremacy.”  With today’s action, we are adding the powerful authority held by the State Department to counter terrorists to that voice.

RIM and its leaders Stanislav Anatolyevich Vorobyev, Denis Valiullovich Gariyev, and Nikolay Nikolayevich Trushchalov are designated pursuant to Executive Order 13224, as amended by Executive Order 13886, for providing training for acts of terrorism that threaten the national security and foreign policy of the United States and being leaders of such a group.

Designations seek to deny these terrorists the resources they need to provide training to commit attacks. Among other consequences, all of their property and interests that are in the United States, that hereafter come within the United States, or hereafter come within the possession or control of US persons, have been blocked, and US persons are generally prohibited from engaging in any transactions with them.

RIM has provided paramilitary-style training to white supremacists and neo-Nazis in Europe and actively works to rally these types of groups into a common front against their perceived enemies. RIM has two training facilities in St Petersburg, which are likely being used for woodland and urban assault, tactical weapons, and hand-to-hand combat training. RIM is led by Vorobyev, its founder and overall leader.  Gariyev is the head of RIM’s paramilitary arm, the Imperial Legion.  Trushchalov is RIM’s coordinator for external relations.

In 2016, two Swedish individuals attended RIM’s training course; thereafter, they committed a series of bombings in Gothenburg, Sweden, targeting a refugee shelter, a shelter for asylum seekers, and a café, for which they were convicted in Sweden. The Swedish prosecutor credited RIM for their terrorist radicalization and relevant training. RIM has also provided paramilitary-style training to white supremacists from Germany, Poland, and Finland.

RIM’s designation was enabled by president Trump’s amendment of Executive Order 13224 through Executive Order 13886, which was the most significant expansion of federal terrorist sanctions designation authorities since 9/11. The amendment empowers the State Department to designate groups and individuals that have participated in training to commit acts of terrorism, as well as persons determined to be leaders of such groups.

This designation notifies the US public and the international community that RIM has participated in training to commit acts of terrorism. Designations of terrorists, both individuals, and groups, expose and isolate them and deny them access to the US financial system. Moreover, designations can assist the law enforcement actions of other US.agencies and governments.