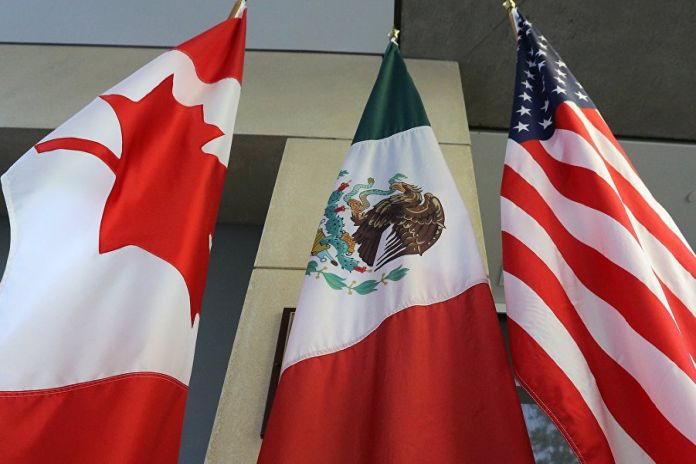 Signed on the margins of the G20 Leaders’ Summit in Buenos Aires in November 2018, CUSMA outcomes preserve key elements of the long-lasting trading relationship and incorporate new and updated provisions that seek to address 21st-century trade issues and promote opportunities for the nearly half a billion people who call North America home.

In 1994, the United States, Mexico and Canada created the largest free-trade region in the world with the North American Free Trade Agreement (NAFTA), generating economic growth and helping to raise the standard of living for the people of all three member countries.

By strengthening the rules and procedures governing trade and investment, this agreement has proved to be a solid foundation for building Canada’s prosperity and has set a valuable example of the benefits of trade liberalization for the rest of the world. The new Canada-United States-Mexico Agreement will serve to reinforce Canada’s strong economic ties with the United States and Mexico.

More than just the modernization of our existing agreement, it is a new engine for growth in the 21st century that will keep North America the most economically competitive region in the world.

“We thank all sides for their impressive efforts to reach this important moment that will open new opportunities for US, Mexican, and Canadian businesses.  It will support the growth and integration of intellectual property and creative industries, and it will protect the environment and labor rights for generations to come. As we address the COVID-19 pandemic and the challenges it poses for our economies, the USMCA will help our region to get back on its feet faster and stronger,” said US Secretary of State Michael Pompeo.