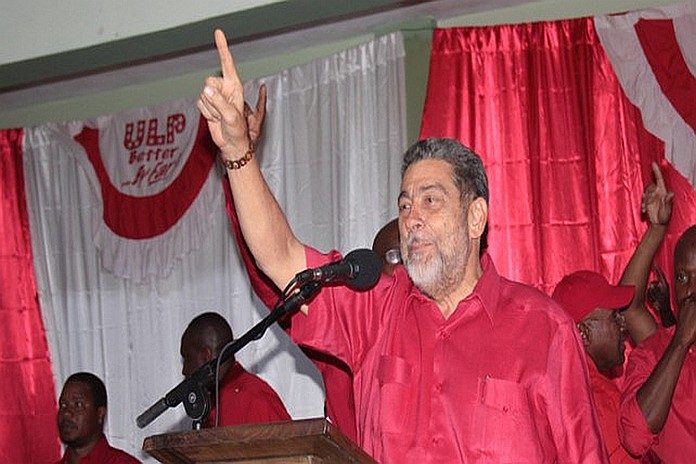 When prime minister Ralph Gonsalves decided to use Parnel Campbell to write a new constitution that would ultimately favor [Gonsalves] himself and (The Unity Labour Party (ULP)), he earnestly hoped and believed he would become president of St Vincent and the Grenadines (SVG).

It took some three years for prime minister Gonsalves to get a new constitution designed that he thought would ultimately capture the Vincentian people. As part of the design and drafting research, he sent Campbell to Cuba. He instructed him to go and study their perfected communist system. Remember Gonsalves almost all his adult life has worshiped the Cuban political system. Gonsalves thought and still thinks that what the Cuban people have, and what Hugo Chavez [Venezuela] at that time had, was the only way forward for SVG.

But what most intelligent Vincentians believed was that the new proposed Constitution would have installed in SVG another ‘monster’, not unlike Fidel Castro and Hugo Chavez. When Campbell returned from studying the Cuban system, he was convinced that Gonsalves was right and that the Cuban model was the way forward. I think that Campbell had a lobotomy while in Cuba.

Returning from his Cuban indoctrination, Campbell gave a speech in Kingstown in 2008. It tells all about this man, really.

Speech by Dr. Parnel Campbell, President of Saint Vincent and the Grenadines’ Committee for Freedom of the Cuban Five at the celebration of the 49th Anniversary of the triumph of the Cuban Revolution.

“On Friday, January 11, 2008, during the course of my recent visit to Cuba, I had the pleasure of visiting the provincial assembly of Cienfuegos. There I received a detailed explanation of the political and administrative system of the provinces and municipalities of Cuba. Later that afternoon, I visited with one of the People´s Council in the city of Cienfuegos.

That was an experience I will always cherish.

The people´s council is democracy in its purest form. It is made up of, literally, the grassroots of Cuba. Individuals, representatives of mass organizations, civic officials, and so on. A forum in which everyone can raise any matter of concern, whether personal or communal, and where officials can be questioned, criticized, and given instructions.

There is no institution like that in our parliamentary system in the Eastern Caribbean.

This was my first visit to Cuba. I had been following the Cuban Revolution ever since I was a student in the 1960s and the 1970s. I, too, had been influenced by the anti-Cuban propaganda in the Western Media. I had entertained doubts and anxieties about several aspects of governance in Cuba based on the negative impact on me of anti-Cuban reports over the years.

Having gone personally to Cuba, however, and learning first-hand about the Cuban system of government, I have been able to confront my misgivings and to view the revolutionary governance in Cuba with a new perspective.

Quite clearly, the Cuban model is unique in its details. The system endeavors to meet the multiple challenges of defending the revolution; of empowering the people; of managing a complex state apparatus in a highly technological age; and of according respect to fundamental human rights.

My immediate impressions of Cuba are overwhelmingly positive. I have been struck by the loyalty of the people to the values of their revolution; the collective discipline of the general population; the integrity of state, provincial and municipal official at all levels; and the ever-present cultural expressions of the Cuban spirit as exemplified by the architecture, the murals, the paintings, and the sculptures which greet the eye at every turn and in every building.

Cubans have every right to describe their system as “democratic”. In my humble opinion, if democracy is described as “government of the people, by the people, and for the people”, then there are many things which we in the Eastern Caribbean can learn from Cuba by way of achieving genuine democracy in our own constitutional and political systems.

I salute the government and people of Cuba — correction; I salute the people of Cuba, since the “government” and “people” of Cuba are practically the same entity. I especially applaud the magnificent contribution of His Excellency the President of the Republic of Cuba to the development and humanization of his country, of the Caribbean, and of the developing world as a whole.

So, who were the Cuban five that Campbell used to screen his real purpose in Cuba?

The Cuban five, also known as the Miami five (Gerardo Hernández, Antonio Guerrero, Ramón Labañino, Fernando González, and René González), are five Cuban intelligence officers who were arrested in Miami, USA, in September 1998 and later convicted in Miami of conspiracy to commit espionage, conspiracy to commit murder, acting as an agent of a foreign government, and other illegal activities in the United States.

The Cuban five were one of Gonsalves’s pet Cuban subjects that he chose to continually attack the USA on the rostrum with wherever he may be at the time, preferably in Havana, certainly within earshot of the Cubans. He loved the brownie points it always brought him; when he called the USA the Empire. The Empire is designed to be a derogatory description of the US; he just loved using the term.

Gonsalves had probably discussed the matter with Chavez because he [Chavez] dared to write to Her Majesty Queen Elizabeth demanding HM to let SVG go. Gonsalves later said if he had given away building materials, as he does before general elections, the Constitution would have passed.

On November 25, 2009, Vincentian electors had overwhelmingly rejected proposed changes to the Constitution that the British left when St Vincent and the Grenadines gained independence on October 27, 1979.

Campbell and Gonsalves have spitefully referred to the failed referendum ever since. They both believed they had the Vincentian people fooled and tamed, ready to support him fully. They were relying on what they incorrectly judged as a bunch of ignorant Vincentians, who when asked to jump, would reply “how high Massa”.

In August of this year, Campbell dared to say a lot of nasty things about Vincentians in an article that appeared in I Witness News.

The ULP ever since the 2009 rejection has more or less ignored many parts of the 1979 constitution. If they couldn’t have a new one, they would ignore the old one.

It is time that Gonsalves and Campbell started to understand, the people won, and they lost. With his backward ideas of his aristocracy of the skin…Massa still has his stooges who prefer to crawl on their bellies to Massa … instead of holding their heads high and erect”. Let us not be that stooge, let us not fail to remember the past, lest we become once again our African forbearers.

Thankfully, when the referendum failed, we narrowly escaped becoming a Cuban satellite. As long as we have Gonsalves or his dynasty the danger is always there. Let what’s happening in Venezuela be a warning to us all. And may what recently happened in Bolivia be the beginning of the end for all the Nasty Communist leaders in SVG and throughout the Caribbean and Americas.

Don’t you the readers think it about time for a change from a liar regime to a none-liar government? Change from an anti-democratic system to a New Democratic regime?

Remember democracy dies in darkness, and SVG has got pretty dark over the past eighteen years. 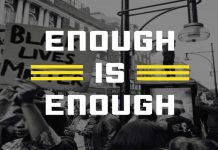 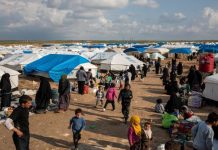 Why abandon Trinidad and Tobago Muslim wives and children in Syria and Iraq?

Politics is in everything in this region of ours