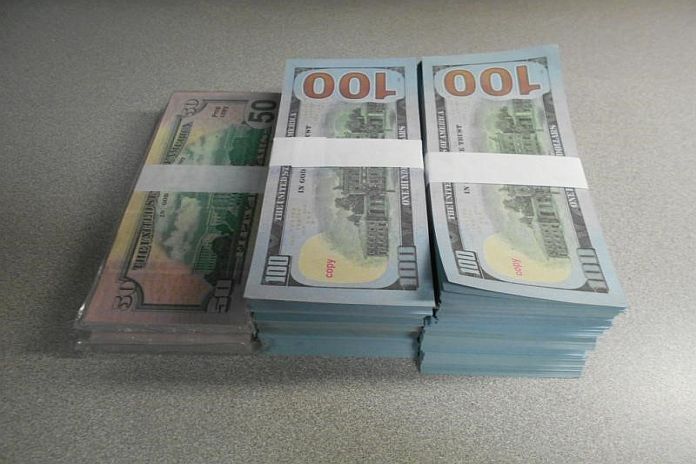 On January 28, officers at the IMF held two parcels for inspection that were arriving from the same shipper in China. The officers inspected the shipments to determine the admissibility of the parcels and its contents. The first shipment contained 957 counterfeit $100 bills and 44 counterfeit $50 bills totaling $97,900. In the second shipment were 384 counterfeit $100  bills. In total, $136,300 of counterfeit currency was seized under counterfeit US currency, coins or government securities.

One shipment was heading to Auburn Hills, Michigan and the other package was heading to Independence, Missouri. Even though these counterfeits were going to be used as prop money, it is a violation of federal law to reproduce currency. Violators can be arrested. The counterfeit currency was turned over to Homeland Security Investigations and US Secret Service for investigation.

“Our CBP officers encounter a wide variety of criminal activity, “said Shane Campbell, Area Port Director-Chicago. “In this case, our officers were able to take $136,000 of fake currency out of circulation where it could have done harm to other businesses and individuals financially.”

According to the Secret Service, special agents and investigative analysts from around the country continue to work closely with state and local law enforcement partners to minimize risks by informing the public and apprehending those responsible for passing counterfeit currency. Both consumers and retailers can protect themselves from inadvertently receiving counterfeit currency by quickly glancing at the note.

CBP conducts operations at ports of entry throughout the United States, and regularly screens arriving international passengers and cargo for narcotics, weapons, and other restricted or prohibited products. CBP strives to serve as the premier law enforcement agency enhancing the Nation’s safety, security, and prosperity through collaboration, innovation, and integration.

The blood of the nation be on their hands