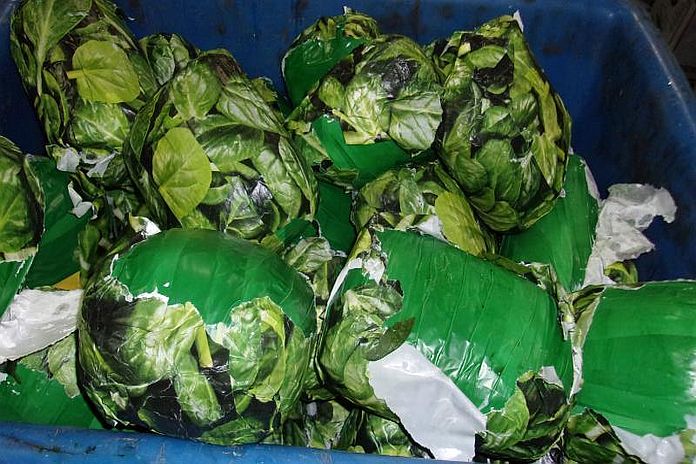 CALIFORNIA, USA – US Customs and Border Protection officers at the Otay Mesa commercial facility discovered over $1.3 million worth of methamphetamine hidden within a shipment of fresh spinach, wrapped in paper with pictures of spinach on Wednesday.

At approximately 6:30 p.m. on Wednesday, CBP officers encountered a 49-year-old driver of a tractor pulling a trailer with a shipment manifested as fresh spinach. During the inspection, the CBP officer referred the driver along with the conveyance to the port’s X-ray imaging system.

CBP officers searched the shipment and discovered 127 wrapped packages of methamphetamine mixed within the boxes of fresh spinach, weighing more than 580 pounds.

“CBP officers continue to expedite legitimate trade and travel without letting their guard down when it comes to protecting our country,” said Rosa Hernandez, port director of the Otay Mesa Port of Entry. “We are aggressively combating the flow of illegal narcotics and preventing them to reach our communities.”

CBP officers turned the driver, a Mexican citizen, over to the custody of agents with US Immigration and Customs Enforcement, Homeland Security Investigations (HSI) who later transported him to the Metropolitan Correction Center (MCC) in San Diego; he will face federal charges. CBP officers seized the tractor, trailer and narcotics.