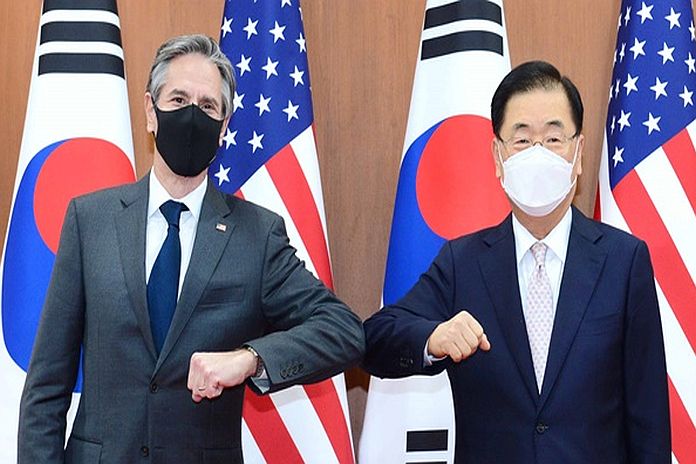 Representatives from USAID and the US International Development Finance Corporation, as well as the ROK ministry of finance and ROK ministry of national defence also joined the discussion.

Ambassador Keshap and director-general Park discussed expanding cooperation in Southeast Asia to promote a free and open Indo-Pacific region, including through mobilizing recovery from the COVID-19 pandemic, confronting climate change, upholding freedom of navigation and overflight, and peaceful resolution of disputes. They also discussed respect for international law, including the UN Convention on the Law of the Sea in the South China Sea, advancing digital innovation and smart cities, addressing cyber issues, tackling cross-border challenges across the Mekong River Basin, and expanding cooperation in the maritime domain.

The United States and the Republic of Korea expressed support for ASEAN’s vital role in returning Burma to the path of democracy, called on Burma’s military to immediately end and refrain from violence and release all those unjustly detained, and emphasized the need for ASEAN to hold Burma’s military accountable for implementing the five-point consensus endorsed by ASEAN leaders on April 24.

The meeting was part of a US-ROK dialogue series on the US vision for the Indo-Pacific and the Republic of Korea’s New Southern Policy.