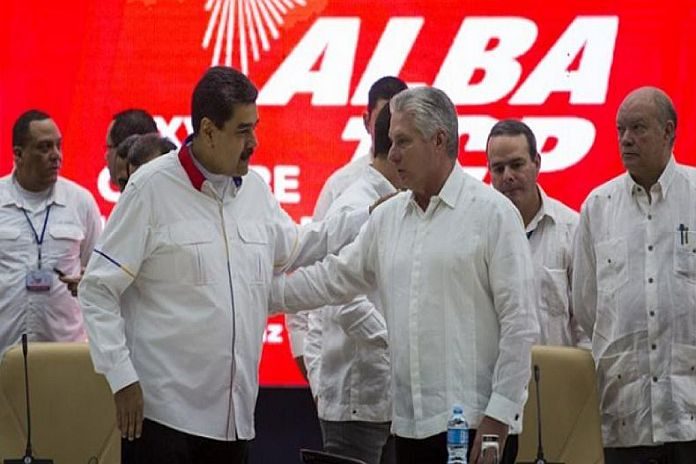 HAVANA, Cuba (teleSUR) — The Venezuelan government will allocate 75.9 percent of the 2020 budget to social investment, executive vice president Delcy Rodríguez said on Monday; following Venezuela’s president Nicolas Maduro announcement of the relaunch of the PetroCaribe program in the first half of 2020, during the 17th summit of the Bolivarian Alliance for the Peoples of America (ALBA-TCP) in Cuba Saturday.

Executive vice president Rodríguez announcement to the National Constituent Assembly (ANC) and other authorities to the draft national budget for 2020, provides 404 development projects and stated, “this places the country as a benchmark in the search for protection and the fair distribution of income.”

“It will be a social protection budget, focused on the National System platform, a social equality budget,” she said.  In addition, thanks to the 2019 budget, Venezuela ranks second on the Gini Coefficient with a score 0.37. This means that Venezuela is one of the best countries in the world when it comes to social equality.

Rodriguez added that the budget will also pay attention to basic services, infrastructure, and production. It is a budget destined to break the racist model imposed on the nation with right-wing governments and that it is considered a victory against the financial blockade imposed by the United States.

“It is miraculous that we, the Bolivarian Revolution, can guarantee medicines and food to the Venezuelan people,” Rodriguez explained. The Venezuelan government has taken extraordinary measures to paralyze inflation.

Meanwhile, president Maduro has committed to relaunched PetroCaribe stated: “We have decided to relaunch with great force for the first half of the year 2020, the PetroCaribe project, the Miracle Mission and ALBA Cultural  (…) ALBA has demonstrated the practical capacity to impact in the lives of our peoples,” Maduro declared.

PetroCaribe was launched on June 29, 2005, by former Venezuelan president Hugo Chavez, under which the country supplied gas and oil without the adverse consequences of market-driven prices, and speculation to 17 members; 12 of the members are from the 15 member Caribbean Community (excluding Barbados, Montserrat, and Trinidad and Tobago). The others are Cuba, Nicaragua, the Dominican Republic, The Bahamas, and Haiti.

Participating countries receive favorable financing terms and exchange agreements in trade/ investment. The payment system allows for the purchase of oil at market value for five to 50 percent upfront with a grace period of one to two years, the remainder can be paid through a 17-25-year financing agreement with one percent interest rates if oil prices are above US$40 per barrel. Should countries lack the liquidity to pay off what’s owed, Venezuela makes an exception by accepting payment in goods and services.

Case in point: Cuba pays part of its PetroCaribe program through medical, educational, and athletic services. Nicaragua pays with meat and milk.

During the 17th summit of the Bolivarian Alliance for the Peoples of America (ALBA-TCP) in Cuba, President Maduro urged the international body and its member-states to relaunch the social program Operation Miracle, which offers ophthalmologic procedures and eyecare for impoverished countries and communities in the region. The programe was launched in 2004 by late revolutionary leaders, Fidel Castro, and Chavez. The program offers 100 percent free optometry consultations, exams, surgeries and medications to low-income people.

Operation Miracle, (the free Cuban-Venezuelan eye-care program) has brought back sight to thousands of people in the Caribbean and Africa.

According to the Cuban Ophthalmology Institute [2017 statistics ], there were 65 ophthalmology centers, equipped with 93 operating theaters, in 18 countries across Latin America, the Caribbean, and Africa, providing treatment to people in 34 nations.