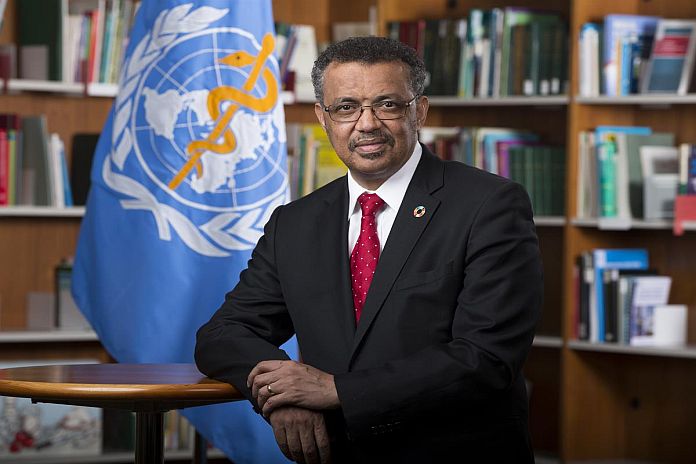 GENEVA, Switzerland – In a statement on Tuesday, the World Health Organization, (WHO) director-general said that it was “deeply concerning” that Botswana and South Africa, where the new variant was first identified, were “being penalized by others for doing the right thing”.

Dozens of countries have imposed travel bans on the southern African nations since the mutation was discovered at the end of last week.

Tedros said that while it was understandable that all countries should want to protect their citizens, Omicron was still a largely unknown threat.

And he insisted that the world should not forget “that we are already dealing with a highly transmissible, dangerous variant – the Delta variant, which accounts for almost all cases globally”.

As scientists race to understand how virulent and transmissible the new Omicron variant is, WHO is urging the use of all available precautions to stop the spread.

“As we don’t have any full picture of this variant, as long as we don’t know how well the existing vaccines are working…we need to use the measures that we know work,” said Christian Lindmeier, WHO spokesperson, during a scheduled briefing in Geneva on Tuesday.

These measures include “mask-wearing…ventilating a room if possible, as often as possible, keeping the normal hand and body hygiene…We know these measures work”.

The WHO’s message comes as reports indicated potential concern voiced by the chief of vaccine manufacturer, Moderna, that existing shots may not be as effective against the new variant as previous ones, such as Delta.

Lindmeier said that more time was needed to reach a conclusion on the Omicron variant: “There might be higher transmissibility, according to initial reports,” he said, “hence we’re deeply looking. We still need a couple of weeks to get the details together and to know exactly what we’re dealing with.”

On Monday, WHO director-general Tedros Adhanom Ghebreyesus addressed a special three-day meeting of the organisation’s governing body in Geneva, warning that the world shouldn’t need another “wake-up call” about the dangers of COVID-19 before deciding to act to prevent further pandemics.

“Omicron’s very emergence is another reminder that although many of us might think we are done with COVID-19, it is not done with us,” he said.

“We are living through a cycle of panic and neglect. Hard-won gains could vanish in an instant. Our most immediate task, therefore, is to end this pandemic.”

Reinforcing Tedros’s message, Lindmeier pointed out that “Omicron is not the only variant out there, it’s now high on the agenda of interest. Let’s not forget there is Delta out there. There is a COVID-19 pandemic, even without the Omicron variant”.

Despite concerns that existing vaccines may not be as effective against Omicron, the WHO spokesman reiterated that a “high vaccination rate in the population works, we know that.

Lindmeier also stressed that it should not be forgotten that life-saving operations “are being postponed for months for people who urgently need them because of full emergency wards and hospitals. Let’s use all the measures we have right now until we know more.”

With decent work and a sustainable model aquaculture could feed the...

The People’s Republic of China has never governed Taiwan