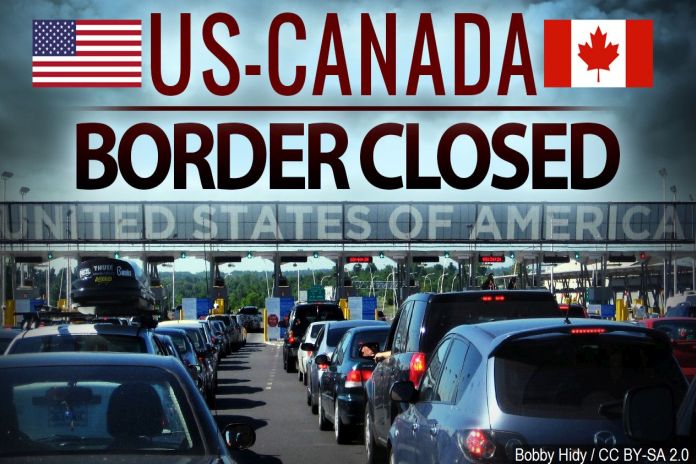 It announced it will keep its international and United States travel restrictions in place for at least one more month, until July 21. On the bright side, approved immigrants are now able to enter Canada. In addition, Canada will be lifting its quarantine requirements on fully vaccinated travellers.

Canada’s travel restrictions have been in place since March 2020 and have long worn out their welcome among foreign nationals looking to enter the country. For the most part, the Canadian public has been generally supportive of keeping the borders closed to limit the spread of the coronavirus.

In recent weeks, however, the Canadian business community and Canadian and US politicians have been placing greater pressure on the Canadian government to lift some of the restrictions by July.

The fact that the Canadian government did not bend to this pressure was the first major surprise.

Canada’s business community has a prominent voice that is taken seriously by the three levels of government. Just days before the Canadian government announced the extension of the restrictions, some of Canada’s top business groups held a press conference calling on the federal government to create a reopening plan. Among the arguments they made were that extending the restrictions would further hurt Canada’s economy and given Canada’s COVID-19 situation is significantly better, it is now possible for Canada to safely welcome more foreign travellers.

Politicians in the US and Canada are making similar arguments. They are namely those in US states that depend on Canadian tourists, as well as the mayors of Canadian border cities and towns that depend on US tourists.

The second reason the announcement is a surprise is due Canada’s ongoing success with COVID-19. Case levels have decreased significantly across the country. Canada now leads the world in percentage of its population that has received at least one vaccine dose. COVID-19 vaccines are readily available to much of the Canadian population and more people are now also receiving their second shots. New cases are some ten times lower than what they were during the worst days of the crisis in Canada.

The decision to extend the restrictions likely comes down to two factors: policy and politics.

First, the Canadian government has made the policy decision to be extra cautious in its efforts to defeat COVID. It does not want to take additional risks given how close Canada is to ending the pandemic at home. Based on current trends, it appears realistic that Canada could be back to “normal” by the end of the summer. This means very few new COVID cases and the vast majority of its eligible population fully vaccinated. Thus, the government does not want any setbacks by opening the border two soon.

The second likely factor is politics. Media reports indicate prime minister Justin Trudeau is strongly considering calling a federal election by the fall. His Liberal government initially won a majority in 2015 but only obtained a minority in 2019. Its public support is favourable during the pandemic and as noted above, Canadians back border restrictions. These considerations may be why Trudeau decided it is worth extending the restrictions for at least one more month. Keeping tight travel restrictions can be part of Trudeau’s narrative come possible election time that he protected Canadians and the economy during the worst crisis since the Second World War, and hence, they should reward his efforts by giving him his coveted majority.

Irrespective of the factors behind the announcement, one thing is clear: Canada is close to the end of the pandemic, and for that reason, it is only a matter of time, perhaps one or two more months, before we see a significant lifting of travel restrictions so that non-essential vaccinated travellers (e.g., tourists) can enter the country.

While much of the public focus is on the fact that travel restrictions will remain in place for at least one more month, we should not lose sight of the two significant exemptions the Canadian government has just introduced. That approved immigrants can now enter Canada, and that fully-vaccinated exempt travellers no longer need to quarantine, are two major signs the federal government is nearing the inevitable announcement that more foreign nationals will be free to travel to Canada for any reason that they please.

This article originally appeared on CIC NEWS on June 22, 2021.