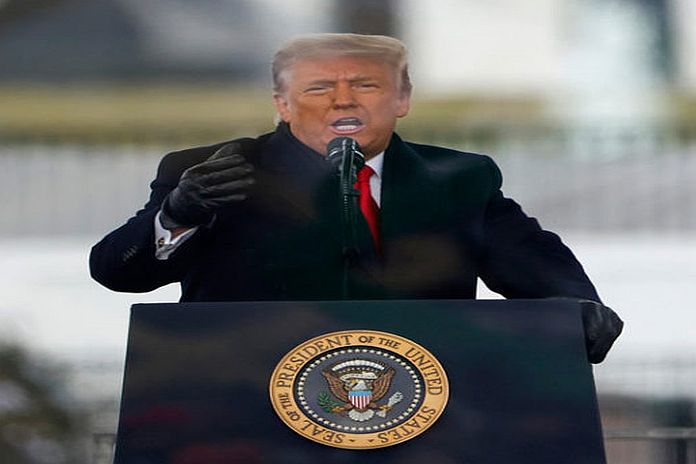 While we slept …  I stayed-up a bit January 6, following the unfolding of the historic events in Washington with a mixture of both expectation and surprise. I was surprised at how it happened, who did what, when and where. But I always expected that Donald Trump would not leave the White House by just walking out.

Why did I expect the unexpected? Because four years ago – and I’ve said so here before – in my last DBS TV Commentary before the 2016 US presidential election I said I opposed Donald Trump and Hilary Clinton equally and left to me, I would have preferred to see Trump win so that he could ‘accelerate the contradictions’ and bring America to such a state that either someone will end his misery violently or he will take the country into its next civil war. I did not use ‘politically correct’ terms as I wanted to be clear.

Naturally, I was criticized and several times had to explain that I was only predicting what the science of politics and class struggle normally shows. Fast forward four year and my only surprise is that Trump waited until now. But we all saw it coming. He said very early the only way he would lose is by ‘fraud’ and refused to guarantee he would concede if he lost. And before that, following his impeachment, he made it clear he wanted to remain president forever and would again contest in 2024.

Vice president Mike Pence and other top Republicans threw Trump under the bus January 6 ought not to have surprised anyone because it had become clear to them that Trump ‘has lost it’ (as told by top aides and advisors to CNN’s Jim Acosta). While Pence was supervising the vote and Lindsay Graham and Mitch Mc Connell were peeling the corns in Congress, the Cabinet was discussing invoking the 25th Amendment that would make Pence president for the rest of Trump’s two weeks. By that time Twitter had shut Trump off for 12 hours and Facebook for 24. But we all know Trump isn’t mad, just bad. He planned all this all along just as he may have planned his ‘property deal failures and bankruptcies’ without going broke.

Remember: he told Hilary Clinton in their last debate the reason he wasn’t in jail as she suggested was ‘Because I’m smart!’ Thing is, Trump was underestimated by both Left and Right, treated like a clown at the beginning until he defeated 16 contenders and singlehandedly took over the Republican Party. During his four years he built-up that 70-million base that he can now manipulate on the basis of race, religion and reckless rancor. Now on his way out, he’s ‘taking all prisoners’ to build his base against Biden and to sustain his capacity to assault Washington with whites expecting a different response to if it were Blacks. The deck is stacked. The dice has been thrown – and is still rolling. This is not the end of Trump, just the beginning. And while everyone else seems surprised and shocked in awe, I am not.

On the contrary, except for the loss of life, I am enjoying watching America turn on itself and showing the world that Americans are no less open to naked political manipulation than any other people anywhere. The highest heights of hypocrisy in the land with the richest people on earth, where people can react like people everywhere else – and where a president can hold the nation to ransom if he or she so wishes, for as long as allowed. No, I am not surprised and certainly not vexed or annoyed at seeing what we always knew could or would happen in such a situation.

The last time Americans tried to overthrow an elected government was in 1802 and Trump does it again 218 years later. America is stuck with him and so is the rest of the world, until and unless the unthinkable happens, which will be no means be the end. This is the beginning and we better get accustomed to it.

The Biden-Harris team and the democrats now control both the House and the Senate. But even without control of Congress, Trump will keep the streets hot while his Proud Boys pour nuclear fuel on the Black Lives Matter Movement and the new administration’s first task will be to take office and settle down – unless the two corporate parties cooperate to take the Trump wax out of their eyes. Yes, America is boiling hot – and I’m happy that finally more people across the region and the world now see and understand that America is not the all-mighty solution to the world’s problems and that while it has preached to the world forever, it’s time has come to look within and see how it looks without.

Legislators are ashamed and people are still in shock and awe. But America is burning itself slightly and while Americans aren’t anywhere close to suffering the effects of the nuclear bombs in Hiroshima and Nagasaki, the heat in Washington on Wednesday was felt across the nation and the wider world – and that’s an even hotter burn. But my happiness is only temporary, as the road ahead for Americans and the world with Trump at large will still be more hot than cold. Here’s hoping; I’m not hoping against hope when I say that there are positive elements to be noted and acted upon by Black, Brown and White progressive and democratic forces across the board to not only save America from Trump, but more importantly, to save the prospects for positive change on the Reparations and Black Lives Matter fronts and undoing the gravest wrongs done by Trump during his four years.

I don’t have illusions about Biden or delusions about Harris, but in times like this greater alliances can be forged for the common good and that’s something we should always strive to encourage, even while welcoming the inevitable results of clashes of contradictions. We can part and split hairs over whether the class struggle exists in America today, but the reality is that what we are seeing is all part of it and how we respond will determine the extent to which we understand. Meanwhile, Trump still has two full weeks as executive president and Commander-in-Chief before being shown the door at the White House built by Black Slaves in Washington.

Until then, American Blacks having already said they will take the streets in Washington with a long-planned Reparations March on January 20 and 21 (to remind Biden and Harris of their promises to deliver), let’s see how much Blacks Lives Will Matter in Washington on those two days. Until then, keep on watching – and learning. 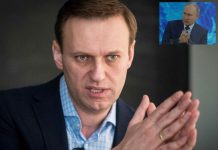 We need to create an atmosphere of fear for these criminals:...